Adam Dodek is co-director of the University of Ottawa's Public Law Group and author of the forthcoming second edition of The Canadian Constitution.

When the trial of Mike Duffy began a year ago, it was clear that Canada's beleaguered Senate was just as much on trial before Justice Charles Vaillancourt as the senator was. While Mr. Duffy was found not guilty on all 31 charges, it is beyond a reasonable doubt that the Senate was convicted on Thursday.

Justice Vaillancourt acquitted Mr. Duffy on many charges based on Mr. Duffy's adherence to Senate policies, procedures and practices that have now become discredited. The Senate has had three years to respond to the issues raised by the Duffy scandal. It has failed to do so.

The Duffy affair could have been a catalyst for significant change in the Senate. Instead, the Senate continues to dawdle and dabble rather than having the will to embark on the sorts of reforms that are needed to have any hope of enhancing its legitimacy in the eyes of Canadians.

Instead of being a change leader, the Senate has to date ceded the initiative to others: First, to the Stephen Harper Prime Minister's Office; next to the RCMP; then to former Supreme Court justice Ian Binnie; and now to the government of Justin Trudeau. When will the Senate grab the reins to drive its own chariot instead of being led around by others?

To date, the Trudeau government has focused on the appointment process of senators. But it was never the process of appointing senators that created the Senate's problems, and changing the process will not rehabilitate the Senate. The problem is what they do once they get to the Senate.

For the Trudeau government, changing the appointment process has multiple goals. In communications terms, it has changed the channel about the Senate and trumpeted the message of doing Senate appointments differently. Strategically, the move was meant to separate the Prime Minister from the "independent" senators that he is appointing, and also to herald appointing more diverse senators. No change in process was required for the latter; only political will and leadership. On separating the Prime Minister from the senators he appoints, if there turns out to be another Mike Duffy amongst them, no one will care about the process that appointed them. Whatever the process, these senators are and will remain Mr. Trudeau's.

Amidst all the scandals, investigations and external reforms, the Senate has remained in reactive mode. It has failed to address the core issues that gave rise to the Duffy scandal.

As a senator for Prince Edward Island, Mr. Duffy has faced both mocking and criminal charges. While he may have escaped conviction in connection to his residency issues, the Senate has not. The Red Chamber has done absolutely nothing to clarify the constitutional residency requirements. This is despite having the clear constitutional powers to do so.

Mr. Duffy spent much time stumping for the Conservative Party on the Senate's dime. His defence – which was ultimately accepted by the court – was that he was simply doing what the Senate allowed. The Senate responded by first bringing in the Auditor-General and then an arbitrator – Mr. Binnie. But what it has not done is overhauled its expense rules, increased its transparency and established a system of independent and regularized oversight.

After Mike Duffy, if the Senate wants to really get serious about earning the trust of Canadians, it needs to take bold steps. It should end the practice of senators treating their jobs like part-time gigs and ban them from having other jobs or earning active income from speaking (as Mr. Duffy did), sitting on corporate boards (as Pamela Wallin and many other senators do) or continuing to practise their profession while serving in the Red Chamber. An effective chamber of sober second thought requires the full-time attention of all of its members. The people of Canada deserve no less.

For Mr. Duffy, the verdict is an exoneration. For the Senate, it is nothing less than an indictment and a conviction on all counts. For the past three years, the Senate has failed to internalize the lessons of the Duffy scandal. The question is whether now after the verdict it will do so. 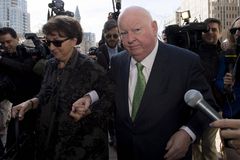 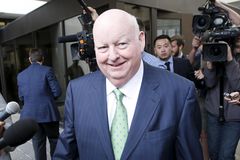