Dean Jobb is a journalism professor at the University of King's College in Halifax.

When the first wave of election results pours in Monday night, Canadians will see a red tide as Justin Trudeau's Liberals put up big numbers in Atlantic Canada. Just not ready? Not according to voters in this region, where the party stands to claim close to half the popular vote and up to 25 of 32 parliamentary seats.

It's a dramatic turnaround from 2011, when the Liberals won a dozen ridings, the Conservatives took 14 and the remaining six went to the New Democrats. It would be the most lopsided Liberal victory here since Jean Chrétien won all but one seat in 1993, and Mr. Trudeau appears certain to eclipse his father's best showing in the region (19 seats in 1980).

A backlash against Stephen Harper's Conservatives has turned this election into a one-party race. The most extensive regional poll, conducted mid-campaign, found two-thirds of decided voters were dissatisfied with his government, the worst showing of any federal government in the past 25 years.

The Conservatives have no seats in Newfoundland and Labrador, and that is unlikely to change. Fisheries Minister Gail Shea, holder of the party's lone seat in PEI, appears headed for defeat.

Mr. Harper could also be shut out in Nova Scotia, where even Peter MacKay's old Central Nova riding – in Tory hands for 43 of the past 47 years – could fall to the Liberals. And Bill Casey, a former Conservative MP who broke ranks with Mr. Harper in 2007 in a dispute about Nova Scotia's share of revenues from offshore petroleum development, looks like a shoo-in to win as a Liberal in Cumberland-Colchester.

The only bright spot for the Tories is New Brunswick. The Liberals' lukewarm support for the proposed Energy East pipeline, which would carry Alberta oil to the port of Saint John and bring much-needed jobs to the province, should keep as many as four seats in the Conservative camp.

Mr. Harper's day of reckoning on the East Coast has been a long time coming. Provincial parties have retained their Progressive Conservative labels and their Red Tory leanings, and many still see the federal Tories as the party of the West. Mr. Harper's infamous criticism of Atlantic Canada's "culture of defeat" still rankles in a region that his government appears to have written off.

As for the NDP, a disastrous one-term government in Nova Scotia has hurt the party's prospects in the region. Federal Leader Tom Mulcair, who entered the campaign with six seats in Atlantic Canada, is likely to lose two of three in Nova Scotia, while keeping single-seat toeholds in New Brunswick and Newfoundland.

Mr. Trudeau has the advantage of strong provincial parties and popular premiers. The Liberals hold power in three of the four provinces (with Newfoundland certain to turf its PC government in November).

The region's weak economies and an exodus of young job-seekers resulted in an area that is older and more vulnerable to federal cuts to health-care transfer payments, services to veterans and other programs. Big government has never been a dirty word here and Mr. Trudeau's promises to renew federal-provincial co-operation, spend on infrastructure and reverse employment-insurance rules that harm seasonal industries are welcomed.

Atlantic Canadians are doubling down on the Liberals in a regional power shift that could have a major impact on a tight national race. Who wins and who loses, and whether we end up with a minority or a majority government, could be decided early Monday night. 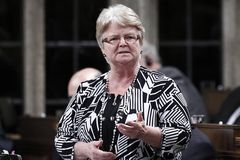 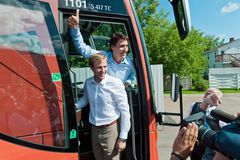