On Dec. 28, 2013, a two-year-old girl living in a tiny village close to where the borders of Guinea, Sierra Leone and Liberia converge, died of Ebola hemorrhagic fever.

In the year since, more than 7,800 others have died in those three countries, and 15 others elsewhere.

While the outbreak, which has now surpassed 20,000 cases, has essentially been confined to three countries in West Africa, it has rocked the world, and for good reason.

Ebola is a graphic reminder that, despite all our medical advances (and hubris), deadly pathogens are still with us, and they can move faster than ever, not only killing and maiming, but devastating economies. The corollary is that investing in public health – the poor, neglected cousin of Big Medicine and Big Pharma – is more important than ever.

Just a few months ago, there were dire predictions that Ebola was out of control and deaths would increase in an exponential fashion. Mercifully, those fears have not been borne out. While Ebola is still spreading in Sierra Leone and Liberia, it's at a much slower rate – but it's not because there has been a miraculous cure or vaccine (there is neither). What has helped rein in Ebola is good, old-fashioned infection-control measures pioneered by the likes of Florence Nightingale and James Lister, and gumshoe epidemiological work à la John Snow.

All these approaches date back to the 19th century, but they remain the backbone of tackling outbreaks of infectious disease, especially those like Ebola that spread principally in the health-care setting.

Just as importantly, all these tactics are local and hands-on, with Ebola reminding us that: 1) good public health must be community-based; 2) public-health measures are only effective if there is buy-in from health-care practitioners and the public alike and; 3) for that to occur, good communication is paramount.

The stories about aid groups and governments storming in to help and being rebuffed by local villagers offer an important lesson. Groups that worked most effectively, like Médecins sans frontières, understand that effective infection control (and medicine) can only occur where there is trust.

What has remained essential over the centuries is acting quickly on threats, and the biggest failure with Ebola was not taking the outbreak seriously in its infancy. Between 1976 (when the Ebola virus was discovered) and 2013, only 2,361 people died of the disease, making it more of a curiosity than a global threat. There was an unstated assumption that the latest outbreak would remain local and burn itself out. (The virus is carried by fruit bats and spreads when others are exposed to the bodily fluids of the infected – who often bleed profusely in the advanced stages of the illness – during medical care or the burial preparations.)

This time around, the outbreak began in a part of the world where the health infrastructure was particularly poor and where burial rituals facilitated the spread of the virus. Because there is little media coverage of rural West Africa, the spread occurred far from the spotlight.

That all changed in late September when Thomas Eric Duncan, a Liberian man who had travelled to Dallas to visit family, was diagnosed with Ebola, and two nurses who cared for him were also infected. There was a near-hysterical response to Mr. Duncan's death but it also sparked a global conversation and freed up monies for the Ebola fight. The reality is that Ebola, despite all the attention it has garnered, is far from a major killer. More people die of malaria each week than have ever died of Ebola.

Ebola is a problem that is solvable. This outbreak actually can be snuffed out. It would be irresponsible to fail to do so and to allow Ebola to gain a more permanent foothold. The difficulties faced in controlling what should be – at least on paper – a relatively easy-to-control outbreak is humbling. It's also a grim reminder that we're still not ready for a pandemic that actually is a global threat.

Much work remains to be done in preparedness, education and, above all, in recognizing that in our interconnected world, there is no such thing as a distant threat any more. Perhaps the most important lesson of all is one delivered by Albert Camus almost seven decades ago in his classic novel The Plague: "No one will ever be free so long as there are pestilences."

Opinion
The war on HIV is another casualty of the Ebola crisis
December 1, 2014 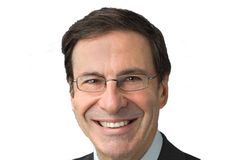 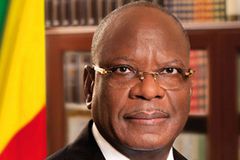