Lauren Wallace is a Vanier Scholar and a PhD candidate in medical anthropology at McMaster University.

This weekend, Canadians breathed a sigh of relief after a Brampton man potentially infected with Ebola tested negative for the deadly disease.

Although there have been more than a dozen outbreaks of Ebola in the 21st century, the current epidemic has caused the public to fall into viral panic. Even Donald Trump succumbed to apocalyptic fear, and used his Twitter account to call on the United States to close its borders to the two American aid workers infected in Liberia, arguing that they should "suffer the consequences" of voluntary placing themselves at risk.

Perhaps Mr. Trump's fear mongering is understandable. The current epidemic is the largest in history and is occurring in four countries, resulting in more than 1,848 cases and more than 1,000 deaths. Certainly, the epidemic is far from being over and there is no FDA-approved vaccine or cure for the disease.

Ebola is a tragic and devastating disease but it is important to be realistic. Ebola is actually very difficult to catch. It is only transmitted through direct contact with the bodily fluids of an infected person.

Certainly, it is possible that someone from Canada could contract Ebola by travelling to West Africa or by coming into contact with an infected person who has just stepped off a plane. But, let's be pragmatic. Transmission of this sort, from a travelling West African to North American, although possible from a privileged host such as a medical doctor, is highly unlikely.

Ebola and other tropical diseases are not democratic infections of equal opportunity. Most Ebola-stricken people do not have enough money to board a plane in the first place.

To put things into perspective, historically, the Ebola virus has infected an estimated 3,495 people and killed 2,170 in total. Cholera, an extremely virulent, acute diarrhoeal disease, is estimated to infect three-to-five million people and to kill more than 100,000 annually. Even more troubling is the fact that there are about 200 million cases of malaria annually and an estimated 600,000 deaths. Most deaths occur among children in Africa, where every single minute a child dies from malaria.

What is more problematic than the exaggerated relative impact of Ebola, is the fear, stigma and stereotypes perpetuated by Western media coverage of the epidemic.

Media accounts of the epidemic frequently centre on the dirty cultural practices found in West Africa, including funeral rituals that require the touching and bathing of bodies. Accounts also highlight West Africans' resistance to the help of foreign medical teams and their fondness for bush meat. We must avoid accepting these simplistic accounts at face value.

These stories fail to mention that West Africans also recognize that it is permissible to modify burial practices during deadly epidemics. They also neglect the history of war in these countries, and its relationship with colonialism and failed foreign intervention.

There has been a lack of cultural sensitivity and incorporation of local knowledge, leadership and expertise in current Ebola control efforts. As Barry Hewlett, an anthropologist who has worked with the WHO in fighting Ebola has noted, mistakes from past epidemics are being repeated as none of the medical organizations involved employ permanent medical anthropologists or other persons deeply familiar with local culture.

Simplistic accounts are helpful mechanisms that allow us to apportion blame for the scale of the epidemic on Africans and their primitive cultural practices.

Perhaps of even more concern, is the image of Africa as a hot zone of disease (to quote the highly sensationalistic science author Richard Preston) that can only be brought under control by non-FDA approved, Western-developed medicines, scientists and doctors. We hear about the important role that local health workers and community leaders play in fighting Ebola far too infrequently. Where are the African voices in this discussion?

The current Ebola epidemic will eventually end, and the virus will retreat once again into the forests, among its bat hosts, until the next unfortunate epidemic. But while the current outbreak will soon be forgotten by many Canadians, familiar Western imaginings about the difference between us and Africans will have been satisfied.

What will be the real long-term threat to collective wellbeing in Canada? A rare tropical disease or the viral panic that has ensued and has led to simplistic understandings of West Africans? 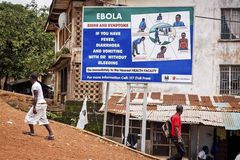 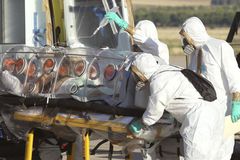