The Conservative government may finally be waking up to the enormity of its own recklessness. With the Fair Elections Act, Democratic Reform Minister Pierre Poilievre wasn't just taking aim at Canadian democracy. He wasn't just going to war against evidence and experts. He was taking a gun, loading the magazine, cocking the hammer and pointing it at his own head and the government's. Finger on the trigger, he's now wondering if anyone might suggest ways to lessen the chance of injury. The Conservative majority on the Senate Legal and Constitutional Affairs Committee, having barely begun its study of the bill, is already recommending that he remove some of the bullets. Some, but not all. Here's a better idea, for the country and the Conservative Party: Put the gun down.

That means ditching all parts of the bill that have rightly caused opposition and outrage. The government can't just massage them into a slightly less unacceptable form. It has to get rid of them.

On Tuesday, the Senate committee's Conservative majority offered an interim report, containing nine suggested amendments. Their proposals make the bill less bad, which is something. Less bad, but still not good. Is it too much to ask for legislation that leaves our democratic system no worse off, or even makes it better?

For example, the Fair Elections Act proposes eliminating vouching and the use of voter information cards as a way for eligible voters to prove identity and address. That's likely to disenfranchise several hundred thousand Canadians. Conservative senators are not calling on the government to scrap these provisions. They're simply offering suggestions to mitigate some of the effects, which could still leave many eligible voters unable to vote. The better option? Strike all of this out of the bill and stick with the status quo.

The bill also makes it impossible for a future head of Elections Canada to do what the Director General of Elections of Quebec did last month, when he received complaints about non-resident students trying to register to vote. He investigated – and quickly reassured the public that he could find no irregularities. Canada's Chief Electoral Officer, Marc Mayrand, told senators last week that the Fair Elections Act would forbid him from communicating such information to Canadians. Such a gag makes no sense. The Conservative senators, to their credit, agree.

Conservative senators are also right to call on the government to ditch the bill's plan to create a gigantic new campaign spending loophole. Election spending is supposed to be tracked and limited, but the bill says the cost of fundraising from people who have previously donated to the party shouldn't be counted. There's no principle behind this. It's just a cash grab. And as many experts have pointed it, such a change will make campaign spending limits to some extent unenforceable. Note that the party with the biggest roster of donors, the Conservative Party, would be the main beneficiary.

The bill would also prevent Elections Canada from encouraging Canadians to vote. The government says that it's some kind of a conflict of interest to have a Chief Electoral Officer telling students and new Canadians that voting is a civic good, while simultaneously being in charge of electoral oversight. The bill would strip Elections Canada of its power to promote democracy, but it doesn't give the responsibility to any new organization. It's pretty clear that the government's conflict-of-interest claim is straight-up sophistry.

And Conservative senators, in their preliminary report, are willing to go along with it. They do suggest watering down the bill, and allowing Elections Canada to continue projects such as Student Vote and educational programs in schools. But their report agrees that Elections Canada should have a "new, reduced role" that "ends democracy promotion." Really? You want to go to the polls saddled with that? Vote Conservative: Just Say No to Democracy Promotion? Is nobody in the Conservative Party thinking this through?

The best approach is what the Liberal minority in the Senate favours: the status quo. Let Elections Canada continue to encourage voting, and don't interfere with the ability of the Chief Electoral Officer to communicate with the public.

There are still other things wrong with the bill, which neither Conservative nor Liberal senators touched on. A provision that would give winning parties in each riding the power to name some previously non-partisan elections officials goes unmentioned: This has to go. It undermines confidence in what is supposed to be an independent and indisputably impartial election system serving voters, not parties. The bill would also benefit parties by providing them with a postelection list of everyone who voted. The Chief Electoral Officer opposes the idea and with good reason. Elections Canada should not be turned into the data-research arm of the political parties. It's there to enable you to exercise your democratic rights, not to hand over your private information to the political parties. 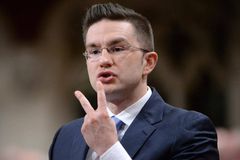 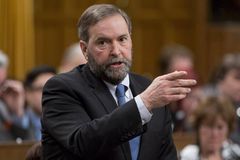 In Tories' push for ‘fair’ elections, there's no such thing as neutral
Subscriber content
April 14, 2014 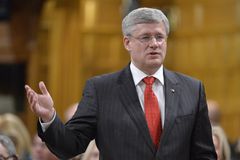 Mulcair takes aim at Fair Elections Act as party gears up for next election
April 12, 2014