On a Sunday evening in July of 2010, Enbridge Line 6B ruptured in a mostly rural area of southern Michigan, near the Kalamazoo River.

It wasn’t until the next morning that Enbridge realized what was wrong. By then, some 20,000 barrels of diluted bitumen had poured out, among the worst inland oil spills in United States history. Oil fouled some 60 kilometres of the Kalamazoo.

Cleaning up took four years and the bill totalled more than US$1-billion. The rupture reverberates through Michigan to this day. And Canada may be about to feel the aftershock, as local American pipeline politics once again threaten Canada’s national interest.

The threat is to Enbridge’s Line 5 pipeline. The issue is similar to that of the twice-vetoed Keystone XL pipeline, but with a twist. This time, it’s not about blocking Canadian oil exports to the United States. Line 5′s oil is Canadian oil, shipped to Canadians, by way of a shortcut through Michigan. At stake is roughly half the oil Ontario uses every day, including all the jet fuel at Toronto Pearson International Airport, and supplies to Quebec as well.

From the earliest days of connecting Alberta oil with buyers in the East, the pipeline system has cut across Minnesota, Wisconsin and Michigan in a straight shot to Southern Ontario. This was shorter, and cheaper, than the long way across the Canadian Shield and around the Great Lakes.

Until the Line 6B spill, no one in Michigan took much notice of Line 5. But after 2010, it suddenly became the focus of intense opposition.

That focus centred on a stretch of about seven kilometres at the Straits of Mackinac, the body of water that separates Michigan’s Upper and Lower Peninsulas, and where Lake Michigan and Lake Huron meet. Since 1953, two pipes have run across the straits, underwater. Former Michigan governor Rick Snyder, a Republican, struck a deal with Enbridge in 2018 to build a tunnel to bury and encase Line 5. (Construction is scheduled to start this year and finish in 2024.) But when Democrat Gretchen Whitmer became governor, shutting down Line 5 was one of her campaign promises.

Line 5 can ship 540,000 barrels a day, and while some of it goes to provide propane to heat homes in Michigan’s Upper Peninsula and make jet fuel for Detroit’s airport, the bulk of the crude flows from Canada to Canada, via Michigan.

The state sued Enbridge in 2019 to shut down Line 5, and last November Ms. Whitmer moved to revoke and terminate a 1953 easement the state claims Enbridge has violated, giving the company until May 12 to comply. Enbridge sued Michigan in federal court, to block what it describes as “Michigan’s illegal actions.” The company argues Line 5 is federally regulated and has recently been deemed “fit for service.”

Ottawa last week said oil moving through Line 5 was “non-negotiable” and it could invoke a 1977 Canada-U.S. treaty to force binding arbitration.

That treaty comes from an earlier era, of a proposed natural gas pipeline from Alaska through British Columbia to the Lower 48. Washington wanted to assure passage of American fuel to American customers, via Canada, so the treaty agreed on “uninterrupted transmission by pipeline” of oil and gas starting in one country and going to that same country, but passing through the other.

The world of American pipeline politics has changed radically since then, to Canada’s detriment.

A Michigan court recently ordered Enbridge and the state to seek to settle the dispute through mediation, and the U.S. courts are where Line 5′s fate will hopefully be resolved in Canada’s favour. However, there’s no guarantee of that, which is why Ottawa needs to get President Joe Biden to intervene with Ms. Whitmer – the co-chair of his presidential campaign. But Mr. Biden, just like Ms. Whitmer, faces domestic political pressures pushing in the other direction. And in any case, the President is just one of many actors in the U.S. system. Approving Keystone XL was one of Donald Trump’s top promises, and it still never got built.

All that’s certain is that another pipeline important to Canada is on the verge of being blocked by American politics. It was bad enough for the U.S. to kill the unfinished Keystone XL; shutting down a key Canadian link that has operated safely for decades would be far worse. Line 5 choked dry would be a blow to Canada-U.S. relations worse than anything from Mr. Trump. 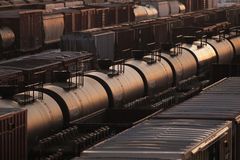 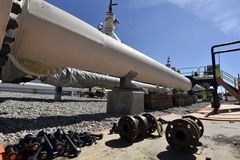