U.S. President Donald Trump recently made news when he said the United States was interested in buying Greenland from Denmark. To show his sincerity, he even promised not to build a Trump hotel there.

Alas, his offer was met with the same enthusiasm Hamlet showed Ophelia. The Danish government said the autonomously governed island isn’t on the market, and won’t be in the future. Mr. Trump was so peeved that he abruptly cancelled a scheduled visit to Denmark.

His disappointment was understandable. As real estate deals go, snagging Greenland would be Mr. Trump’s splashiest one to date.

Acquiring the world’s biggest island would give the United States a strategic base in the North Atlantic, a lot of Arctic-adjacent waterfront property and access to abundant minerals and potential oil reserves. Those unbeatable features were the reason the U.S. government offered US$100-million for Greenland in 1946.

That offer was also rejected, of course. Mr. Trump no doubt fancies himself a better dealmaker than Harry Truman, but you can understand why Denmark, and the Greenlanders it represents in matters of foreign affairs, would be reluctant to do business with him.

After all, Mr. Trump declared bankruptcy on six occasions when he couldn’t make the debt payments on purchased properties. He also has a reputation for ripping off employees, suppliers and tradespeople, and was once sued by the U.S. government for refusing to rent apartments to black tenants in New York.

He’s a bad landlord, in other words. Not only that, but Greenlanders would also have to swallow a big drop in their well-being if they suddenly became Americans. They’d be trading down.

Denmark is routinely ranked well above the United States on indexes that measure quality of life and general happiness. While its income taxes are among the highest in the world, the money is returned to taxpayers in the form of free public services, including universal health care, that are viewed positively by the country’s 5.8 million citizens.

Denmark crushes the United States in terms of education, work-life balance, civic engagement, trust in government and quality of the environment. It also has this nice thing where no one mows down mass numbers of children and shopping-mall patrons with semi-automatic weapons.

The bottom line is that a U.S. purchase of Greenland would do little to benefit Greenland’s inhabitants.

On the other hand, Mr. Trump could improve the life of his own citizens if he switched his thinking and pulled off the greatest real estate transaction since Tutankhamun put a down payment on his burial plot – selling the United States to Denmark.

For starters, the sale would immediately accomplish Mr. Trump’s goal of draining the swamp in Washington. There is no swamp in Copenhagen, just a little mermaid sitting on a rock.

The sale would also free Americans from the partisanship that has paralyzed Congress. Things would get done in Copenhagen. Everyone would have health care, crime would fall, and Americans’ quality of life would rise to the top of global rankings.

Pulling off the deal would also confirm Mr. Trump’s skills as a negotiator. His work would be cut out for him. The United States is a real fixer-upper at the moment, with clashing interiors and limited curb appeal. The Danes might see all the work that needs to be done and go for something with a little more pride of ownership, such as Luxembourg or Greece.

The best selling point Mr. Trump could offer the Danes, other than the opportunity to show up Norway, would be price. If he continues his tariff war with China long enough, he can get the asking down to the low eight figures, which would make it awfully hard for Denmark to walk away.

He could also effectively dangle competing offers in the face the Danes. They will be aware that Mr. Trump has a hard time saying no to Russia, and will move quickly if they think Moscow is preparing a bully bid.

In all of this, there is an opening for Canada. After all, Copenhagen will need money to get its new property up to code; Ottawa should quietly negotiate the purchase of Greenland to coincide with the closing of the U.S. deal.

We’re good for it, Denmark.

Opinion
We thought we elected leaders. We got man-children instead 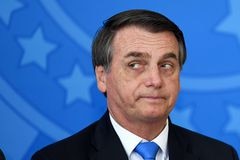 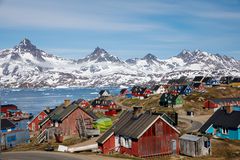