Plus, along with constrained spending, both the centre-right and centre-left party are promising cuts to taxes and fees.

On the centre-right, the governing Saskatchewan Party offers belt-tightening, ornamented with some targeted new spending and tax breaks for groups such as homeowners, students and seniors. On the centre-left, the NDP promise some new spending – but not a lot. Both parties would keep spending growth below recent history’s expected rate of inflation. And given the anticipated growth in the province’s population – the Saskatchewan Party aims for a near 20-per-cent population increase by 2030 – both parties are promising to lower per-capita spending.

Given what will be an extended climb out of the pandemic recession, cutbacks over the next couple of years may be ill advised. So far, the province’s finances have not been hit as hard as other parts of the country – Saskatchewan’s budget deficit, measured against its economy, is smaller than the fiscal gaps in British Columbia, Alberta and Ontario. But in Saskatchewan, the goal of getting the budget back into balance has become bipartisan.

That reflects the stamp the Saskatchewan Party has put on the province, after two large majorities in 2011 and 2016. It may also reflect voters: The opposition NDP has not chosen to lure them with big promises. Instead, it is in the vein of the province’s NDP governments from 1991 through 2007, when modest budget surpluses were the norm.

While agriculture remains the province’s historical bedrock, oil defines the current thinking. The Saskatchewan Party is strongly against carbon taxes; the subject is not even mentioned in the NDP platform. Polls suggest climate change is far down the list of issues at the top of voters' minds.

The parties' plans reflect this. While Alberta catches all the climate-change heat, Saskatchewan is the biggest emitter of greenhouse gases of all provinces on a per-capita basis. Total emissions in Saskatchewan are almost as high as Quebec, which has more than seven times the population. The NDP propose more wind and solar power to cut emissions from power generation. The Saskatchewan Party is blue-skying on nuclear power.

In August, a month before the fixed-date campaign started, the Saskatchewan Party government framed the election in a budget update. Unlike its centre-right peers elsewhere in Canada, it proposed to turn this recession year’s pandemic deficit into a balanced budget by 2024-25. It laid out a plan to restrict future spending increases to just 1 per cent a year.

In its election platform, the party reiterated its balanced-budget plan, while offering a series of small, targeted tax cuts and spending increases. The biggest of these are a temporary cut to the small-business tax rate and a temporary tax credit for home renovations. The most expensive promise is a one-year, 10-per-cent rebate on electricity bills.

In power since 2007 and with a large lead in the polls, the Saskatchewan Party is promising more of the same.

The NDP is trying to set itself apart by promising some new spending for education, health care and child care. They call for a $15 minimum wage – up from $11.45, the lowest in Canada. There’s also a wealth tax of one per cent on people whose net worth is more than $15-million.

This mix of modest centre-left ideas is restrained by the fiscal caution at the heart of the NDP’s platform. Spending is proposed to rise only 1.8 per cent annually through 2024-25. That’s higher than the Saskatchewan Party is offering, but both parties are promising to increase spending by less than the target rate of inflation, and well below the rate of inflation plus expected population growth. In other words, both are promising that per-capita spending will fall.

And the NDP’s most expensive promise is a tax cut: a $200-million a year hit to the treasury to remove the provincial sales tax on construction labour. By 2024-25, the NDP’s predicted deficit would be less than 1 per cent of GDP, which is not markedly different than their opponent’s balanced-budget plan.

There are differences on policy details but, on fiscal matters, the two parties agree more than they disagree. If elected on Oct. 26, neither is planning big changes to Saskatchewan. 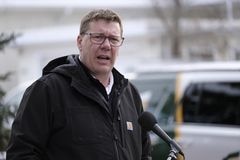 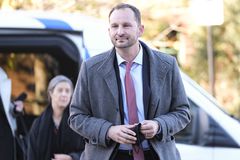 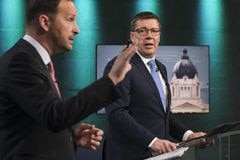