A year ago, the Canada Energy Regulator foresaw a bright future for the country’s oil exports.

In its 2019 annual outlook, the CER predicted a steady climb in exports, surpassing six million barrels a day by 2040. The challenge, it said, was pipeline capacity.

The CER’s annual outlook is normally a ho-hum release that generates little attention. The forecasts had forever only pictured reliable increases for Canada’s No. 1 export. This year, however, the CER issued two scenarios. In the first, Canada and the world do nothing more to take on climate change than actions to date. On this imaginary planet, Canada’s oil exports keep on climbing.

It is the second scenario that demands attention.

In this forecast, which presumes the historical trend of work to reduce greenhouse gas emissions will continue, the CER suggests oil exports will peak at 4.9 million b/d in 2035. That is well below last year’s outlook.

With lower oil demand, the CER also sees ample pipeline capacity to export Canada’s oil. Enbridge’s Line 3 project – which received its final approvals in Minnesota in recent days – will be an important new outlet. But in the CER’s estimate, not all of the space on the Keystone XL pipeline may be needed.

The CER also suggests the completion of the Trans Mountain expansion will create some unneeded capacity. If it’s true, it’s bracing news, given that Canadian taxpayers are sinking $17-billion into the project.

The CER’s new outlook is, of course, speculative – there are many moving parts in the global economy and the demand for oil – but it is based on likely trends. It’s really just arithmetic, albeit with large margins of error because of the uncertainty. It is less “this will happen” versus “this is likely to happen.”

The CER is no radical environmentalist. It is, if anything, playing catch up with what are becoming mainstream views. Even big oil companies are talking about peak demand by the 2030s for what has long been the modern world’s defining fuel.

In forecasting a peak in Canadian exports, the CER is actually being cautious. It’s not betting on governments aggressively battling climate change. In its scenario, the CER pencils in a carbon tax of only $75 in 2040. That’s not much higher than the $50 rate for 2022. If anything, the risk to the oil market – and Canadians’ ownership of the Trans Mountain pipeline – may be bigger than the CER is estimating.

These sorts of calculations, trying to estimate what climate change will mean to business, from banks to pipelines, are coming to the fore. It is an inexact science – investors decry an “alphabet soup” of disclosures – but one where the likes of the Bank of Canada is working to gauge risks climate change poses to the stability of the country’s financial system.

It looks increasingly like Trans Mountain will be the last major pipeline ever built in Canada – due to the likelihood of declining oil demand. That does not mean Trans Mountain will run empty. The project has long-term shipping contracts to fill most of the new pipe. It is still valuable to move more oil westward to reduce reliance on the U.S. Midwest and Gulf Coast. But Trans Mountain may be less valuable than hoped, if demand is lower than predicted.

A rethinking of what the oil sands are worth has also begun. Last summer, Total SE of France said it would produce less from the region than planned, and wrote off US$7-billion. This week, Imperial Oil, controlled by Exxon, wrote off about $1-billion, saying it “no longer plans to develop a significant portion” of its assets in Alberta.

This doesn’t mean the end of the oil sands. Total and Imperial are still large producers there. But it does mean forecasts of constant growth are ever more under question.

While the CER has recalibrated its outlook, it still has not grappled with what net-zero commitments could mean for Canadian oil. In this year’s outlook, net zero was something of a footnote, even as Parliament moves to codify promises to cut greenhouse gases.

Canada and the world have been dependent on oil since the gusher at Spindletop in Texas in 1901. Now, Canada must accept that a decline in demand is not some abstract idea, but a looming reality. The CER outlook is speculative, but the direction is clear. Canadian industry and governments have to reckon with a new future. 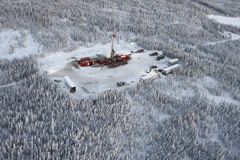 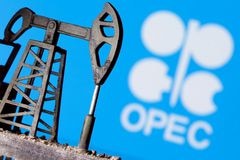 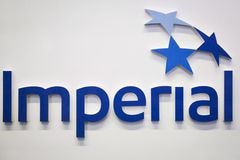