The Editorial Board
Published March 13, 2021 Updated March 13, 2021
Comments
Text Size
Please log in to listen to this story. Also available in French and Mandarin. Log In Create Free Account

When a technology known as carbon capture and storage first came to the fore in the mid-2000s, it appeared to offer an alluring answer to the problem of greenhouse gas emissions.

It was like a mythical perpetual motion machine. Oil sands upgraders, cement plants and steel mills belch tonnes of emissions, but what if much of that pollution could be contained – “captured” – at its source? Once corralled, the carbon dioxide could be compressed and piped back to depleted oil fields, to be injected into the ground, where it would be permanently stored. Like a magic trick – ta-da! – all the benefits of industry, with none of the problems.

Just one pesky problem: It was a mighty expensive trick.

Despite a decade-plus of hype, fewer than two dozen carbon-capture projects are in operation around the world, including several in Canada. And they wouldn’t exist without large public subsidies.

A $1.5-billion project at the Boundary Dam coal plant in Saskatchewan is an example. The province paid for carbon capture to keep an old coal-fired unit going. It launched in 2014, but replacing the coal with wind and natural gas would have been cheaper. In 2018, the province decided against doing it again.

Old tricks never lose their magic, though. And given the enormity of global warming and the very real need to cut emissions, talk of carbon capture is back.

And this time, owing to improved technology and falling costs, the promise might be real.

There are growing calls for Ottawa to dole out subsidies to new carbon-capture projects as one way of reducing emissions. A coalition of oil and gas companies, and banks and environmentalists, are among the supporters. This week, Alberta called on Ottawa to spend $30-billion on carbon capture over a decade in cash and tax breaks.

The pressure on Ottawa is made greater by the United States, which already has a generous tax break. U.S. President Joe Biden has promised he will “double down on federal investments and enhance tax incentives” for carbon capture.

Advocates of the technology say it is essential for industries such as cement, where reductions may not otherwise be possible. In Canada, the oil sands get all the attention, but annual emissions from the manufacture of cement, iron and steel, as well as chemicals and fertilizers, are equivalent to 60 per cent of oil sands emissions.

Until now, public money for carbon capture has been a large but not particularly cost-effective industrial subsidy. This is a problem, because the best way to reduce emissions is always the cheapest way. The less it costs to cut each tonne of emissions, the more tonnes you can afford to cut.

That’s why most economists have long favoured a carbon tax. It’s why this page supported the Trudeau government in December when it made an escalating carbon tax the centrepiece of Canada’s climate strategy.

But a carbon tax, even if it’s the main course, isn’t the entire menu. And for obvious reasons, many politicians prefer methods involving hidden costs, such as subsidies for carbon capture.

In Alberta, the province and Ottawa provide the majority of funding for the Quest project, which captures about one-third of the emissions at an upgrader near Edmonton. Quest cost $790-million to build, opened in late 2015, and has operating costs of about $30-million a year. It stores about one megatonne a year, with space in the reservoir for two more decades of injections.

The per-tonne cost to date is roughly $200 – making this a very expensive way to reduce pollution. But in the long run, the final tally of total costs should be closer to $60 a tonne – which would make it a relatively cheap form of pollution reduction.

Shell, which runs Quest, says it could build it for 30 per cent less today, while current operating costs are 35 per cent lower than expected. But even with that reduced price tag, it still needs a public subsidy.

The world’s journey to lower carbon emissions is going to follow many routes, on paths that will be constantly evolving to match the costs of various technologies. Carbon capture, long seen as an expensive detour, may be on the verge of becoming a viable road to the low-carbon future. If it proves cheaper than other options, it should be used.

But if it isn’t? It should be avoided. 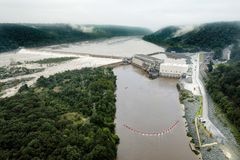 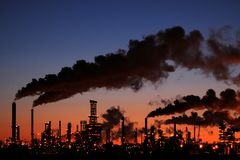