The question is what Canadians think of what they’ve seen, and what they want to do about it.

What Mr. Trudeau did in the past speaks to his character. How he has responded this week, in the present, speaks to it far more.

His decision to don an elaborate Aladdin outfit for a party in 2001, including blackening his face and hands, says something about who he was. At the time, he was already a public figure, thanks to his eulogy at his father’s funeral. He was not a child; he was just shy of this 30th birthday, living in hyper-multicultural Vancouver, and he was a high-school teacher.

Yet, he was completely unaware that a blackened face might not be appropriate 21st-century attire. It doesn’t reflect well on the person he was nearly two decades ago.

But what do the images, and his response to them, say about who he is today?

He’s admitted that his blackface/brownface performances were “racist.” But the way he behaved at the time – his minstrel-show-Aladdin act was one he put on in public, not in secret – suggests that, in 2001, he was genuinely, blissfully clueless. He wasn’t trying to mock anyone. That level of ignorance may lessen the guilt, but naiveté is not exactly a desirable character trait in a future prime minister.

However, people do change and people do grow. Mr. Trudeau and the opposition research operatives working their dark arts in the Liberal Party’s backroom, digging up embarrassing statements and social-media posts of yore from Conservative candidates, don’t accord any of their opponents the grace of change or growth, but Canadians may be more forgiving. The Liberal Party’s electoral fortunes depend on it.

It’s easy to argue that a younger Mr. Trudeau did something racist, because the proof is on film. But it’s hard to argue that those images unmask the Mr. Trudeau of 2019 as an unreformed bigot, with a straight line of unchanged behaviour and beliefs running from The Banana Boat Song at Brébeuf to the Prime Minister’s Office.

But if what Mr. Trudeau did was part of the past, how he has reacted – what he’s said and not said – speaks to who he is today.

To Mr. Trudeau’s credit, he’s recognized what he did was hurtful. He has apologized. He has expressed regret.

But he’s never explained why, only a day after his visual bombshells started dropping, Canadians should be ready to grant him the understanding and atonement that you’ll never see him or his party extend to political opponents in the same circumstances.

By the end of Thursday’s news conference, Mr. Trudeau was already moving on from apologizing for his own mistakes to decrying racism in society generally. But society didn’t make Mr. Trudeau put on blackface in 2001, or earlier. It was not something that all the cool kids were doing. He stood out.

On Thursday, Mr. Trudeau repeatedly referenced his “privilege” but without recognizing that he feels entitled to something – instant forgiveness – that others in public life would be unlikely to receive.

And two aspects of how this affair came to light are emblematic of how the Trudeau government has often dealt with issues it would rather ignore. It has developed a knack for turning problems into full-blown crises, by relying on a strategy of vacillating between delay and denial.

In all his time in public life, Mr. Trudeau knew that an earlier version of himself had liked to dress up in blackface. He knew there were images and videos. He long ago could have come forward, revealed a mistake of his youth and put it to rest. Instead, he sat on the well-documented secret, hoping against hope that it would never come to light.

And on Wednesday, after the first image from 2001 was made public, he declined to say whether any more images were out there. Within a few hours, there were more. On Thursday, he wouldn’t say whether their might be yet more.

The Liberals set up a debates commission, and now they’re benefitting from it
September 17, 2019 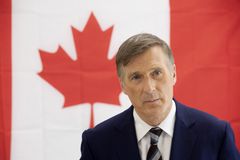