Yes, it’s only one speech. Yes, it was designed to blunt a Liberal line of attack. Yes, it was crafted in the hope that editorials like this one would be written.

But at a time when conservative parties across the world are increasingly pandering to nativist impulses, it was positive and necessary and a little bit wonderful to hear the leader of Canada’s Conservative Party embrace Canada’s fact as a nation of immigrants.

Words matter. They aren’t the only currency in politics, but they’re its chief medium of exchange.

And with his chosen words, Mr. Scheer told a story about Canada that put immigration, equality before the law and human rights at the centre of our history and future. He may have been thin on policy specifics, but his approach and principles were different from those of many right-wing parties outside of Canada.

Instead of a challenge to the status quo, Mr. Scheer mostly offered a rhetorical embrace of Canada’s longstanding, middle-of-the-road, Conservative-Liberal immigration consensus. How boring. How welcome.

In tallying up the long list of those who have immigrated to Canada over the centuries, always looking for a better life and often fleeing persecution, he started with settlers from France and the United Empire Loyalists, included African-Americans escaping slavery via the Underground Railroad, and worked his way up to “Muslims afflicted by oppression and civil war” and “gays and lesbians escaping literal extermination simply for being who they are.”

They come because, “Canada is built on a rock-solid foundation of enduring values, democratic institutions, the rule of law and fundamental and universal human rights,” which give those who choose Canada “the freedom to preserve and pass on their cultural traditions and the opportunity to live in peace with those around them.”

That is Canada’s story, and one we should be proud of.

Mr. Scheer also addressed the elephant in the room: the not-unfounded fear that the Tories will be pulled in an intolerant direction, as in 2015, or that they’ll emulate sister parties overseas, or Maxime Bernier’s People’s Party of Canada. It’s worth quoting Mr. Scheer’s response.

“There is absolutely no room in a peaceful and free country like Canada for intolerance, racism and extremism of any kind. And the Conservative Party of Canada will always make that absolutely clear.

"I believe that we are all children of God. And therefore, there can be no inferiority amongst human beings. And that equal and infinite value exists in each and every one of us. And I find the notion that one’s race, religion, gender or sexual orientation would make anyone in any way superior or inferior to anybody else absolutely repugnant. And if there’s anyone who disagrees with that, there’s the door. You are not welcome here.”

Voters should remember those words, and remind the Conservatives of them if ever their actions stray.

Beyond the rhetoric, what exactly is Mr. Scheer proposing on immigration?

On annual immigration levels, all he would say is that “the number will reflect what Canada needs and, just as importantly, who needs Canada.” That isn’t saying much. Under the Liberals, the immigration target, stable since the 1990s, has steadily increased.

He promised to promote the use of private sponsorship to bring in refugees – a long-established Canadian practice.

And he pledged to reduce unauthorized border crossing at places like Roxham Road in Quebec by renegotiating the Safe Third Country Agreement with the United States – an objective the Liberal government shares.

The core of Mr. Scheer’s pitch is that Canada can be welcoming to immigrants, while at the same time controlling its borders so that immigration is a matter of choice, namely Canada’s choice. But that too has become a touchstone of the Liberal government’s immigration policy.

Neither side wants to admit it, but both appear to be aiming for the sensible centre, not their progressive or regressive fringes. It’s radically unradical. It’s progress. 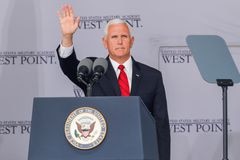 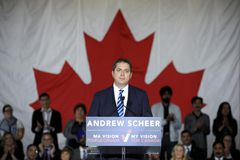