At Larch Street and West 2nd Avenue in Vancouver’s Kitsilano neighbourhood, there’s an old church. A five-storey rental building is proposed for the site. It’s close to downtown and there are taller buildings a block away – one is 14 storeys. Another block over is a busy street with various businesses.

The building, proposed under a pilot program to encourage affordable rentals, will have 63 homes – 50 going for market rate and 13 for incomes of less than $80,000, with a two-bedroom at $1,600 a month.

It’s a good proposal in a city desperate for more rental housing, but it’s also a small one.

Vancouver needs many similar projects. More than half of households are renters. Of new households, city data show three-quarters are renters. Vancouver’s near-zero vacancy rate is the lowest in Canada and has not topped 2 per cent in at least three decades.

Yet it will come as no surprise that earlier this year and when the proposal came to city council last week, some residents angrily opposed the Larch Street plan.

“You’re dropping the ghetto in Kitsilano,” a woman who lives in a nearby house said. A man who lives in a four-storey condo across from the planned five-storey rental described his fear that the “massive development” would “infringe on my privacy and property rights.” He also quoted civil rights icon Martin Luther King Jr.

A councillor asked the man if there had been controversy when his condo was constructed in the mid-1990s. “Nobody was upset,” he replied.

It took two long, late-night meetings but Vancouver councillors this week voted 8-3 in favour of the five-storey rental building, one that, despite complaints, fits in with what already exists, in a neighbourhood that is a short walk from a planned subway on Broadway.

It used to be easier to build rental housing. The majority of Vancouver’s purpose-built rental was erected between 1950 and 1980. There were federal tax incentives and, just as important, zoning changes in neighbourhoods such as Kitsilano.

These days, local opposition to infill housing is par for the course in Vancouver and elsewhere. The experience of this one small building on Larch Street encapsulates the problem.

To start with, that council in one of Canada’s biggest cities spent two days on it makes no sense. The city hopes to receive more proposals under its pilot for moderate-cost rentals, but crossing such a gauntlet to win approval isn’t exactly an encouragement.

Vancouver is hardly overhauling the city. This council, elected in late 2018, has if anything moved too slowly. Its first big decision was to launch a ponderous citywide plan that won’t be finished until 2022. Even after the approval on Larch, and two similar buildings on the city’s east side last week, council this year has approved less than half of the annual target for new rental housing.

There’s a clear lack of urgency.

But there’s also reason for optimism. In November, council passed a new rental housing policy. It could have been more ambitious, but it’s a step forward. Key elements include apartment buildings on some side streets within a block of main streets, as well as rental-only zones and a shorter process to approve projects on busy streets.

There will be more opposition, but the hyperbole is less effective each time it’s deployed. A five-storey rental building shouldn’t call for so much scrutiny. It hardly needs to be said that Vancouver is a wildly expensive place to live. The city should not belong only to those who can afford multimillion-dollar homes.

In neighbourhoods such as Kitsilano, near the centre of the city and close to downtown, modest infill developments are essential. Existing owners did not purchase the right to veto all development. Invoking Dr. King is absurd. I have a dream … that my neighbourhood will never change and new residents will live somewhere else.

In the work to build new housing, there are real challenges, starting with protections for renters in old, inexpensive units that often serve as sites for new buildings. The threat of losing one’s rental housing in Vancouver is widely felt. Care must be taken. But freezing a city in place makes no sense. It forces it to sprawl when it should be growing up.

This year has been a disappointment for rental housing in Vancouver. As it ends, however, there are signs of progress. 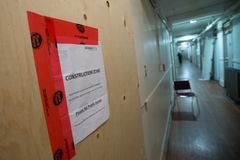 The luxury-retail boom is good for Vancouver, but affordable shopping options need to be protected
November 29, 2019 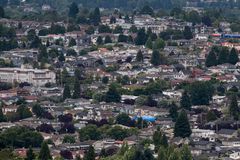 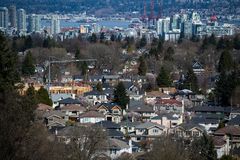