COVID-19 is resurgent across much of Canada, and provincial leaders are at a loss about what their next move should be.

Another lockdown? Tougher rules on physical distancing? Or carry on under the current rules, and wait and see what the virus does? The premiers are sending mixed messages, and that’s not good.

In Ontario, Premier Doug Ford announced Wednesday that the province will lower the limits on the number of people who can gather indoors or outdoors, but in August he justified his attendance at an outdoor wedding by saying he followed all the physical-distancing protocols.

In Quebec, which last spring had one of the world’s highest death rates from the virus, Premier François Legault has taken to pleading with people to stop holding private gatherings – the biggest source of new cases. But the man who makes Quebec’s rules hasn’t changed them.

Across much of Canada, testing sites can’t handle the surge in demand caused by the steady rise in new cases. Meanwhile, schools are reopening, with all the pressure that puts on students, teachers and parents.

For Canadians, it’s hard to tell whether the COVID-19 pandemic is coming or going.

Make no mistake: The pandemic is as big a threat today as it was in late March, when the spread of the novel coronavirus went from a slow drip to a flood of cases and deaths.

Since then, we have buried the thousands who died in long-term care homes in Ontario and Quebec, and the country has learned the importance of protecting the most vulnerable. The U.S. land border has been closed to non-essential travel, and air travel has been severely curtailed. Canadians have adjusted to keeping their human contact to a minimum, washing their hands often and wearing a mask. All these measures have contributed to the flattening of the curve of new cases, allowing the reopening of the economy and a partial return of our social lives.

But while the spread of the virus has been slowed, the virus itself is as virulent and easily transmitted today as it was in March. Given the opportunity, it will jump through the population again. Just look at the United States.

If government leaders took anything away from the first wave of the pandemic, it has to be that the COVID-19 virus can be contained, but only through smart and aggressive measures. And yet at the moment they are trapped in a limbo of their own making, hoping that the reopening they have permitted – and which the public desperately wants, and the economy desperately needs – won’t backfire and force them to retrace their steps.

It’s the same wait-and-see approach that forced a lockdown in the first place. That was understandable in March, because the coronavirus was still novel, and its characteristics were unknown. But to repeat that mistake now, with all that has happened, is unconscionable.

If the provinces and Ottawa want to avoid another lockdown, they need to start sending a clear message about the gravity of the situation. They have sent too many mixed signals since the reopening. For instance, why have strip clubs been allowed to operate? If 50 people can gather in the moist confines of the Brass Rail in Toronto, why can’t someone throw a house party with 25 friends?

Governments should make it clear that they only have four priorities this fall: keeping schools open; preventing hospitals from being overburdened, so that elective surgeries and other medical procedures can continue; protecting seniors; and getting people safely back to work.

That means controlling community transmission. Yesterday, we wrote about the urgent need for more extensive and smarter testing and tracing. Beyond that, keeping community numbers down may require further lowering the limits on the number of people allowed to congregate indoors.

Perhaps small dine-in restaurants can stay open, under strict guidelines. But along with more and faster testing and tracing, and greater use of tools like the COVID Alert app, avoiding a second lockdown will mean forgoing anything that serves as a frenzied feeding ground for the virus: bars, nightclubs and other large gatherings.

These are pleasures that should be far down the list of priorities during the pandemic. That they have equal standing to access to education and health care is a mistake that needs to be corrected now. 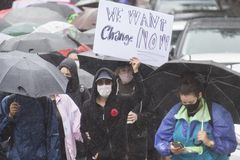 From infection control to mental-health assistance, COVID-19-related research will have enduring benefits
September 18, 2020 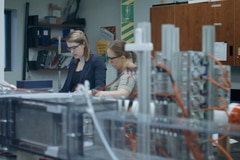