The Editorial Board
Published March 31, 2021 Updated March 31, 2021
Comments
Text Size
Please log in to listen to this story. Also available in French and Mandarin. Log In Create Free Account

Join the Globe’s health columnist André Picard and deputy national editor Nicole MacIntyre for a Facebook Live on COVID-19 vaccines on Thursday, April 1 at 2 p.m. Send us your questions. RSVP on Facebook.

If you asked Canadians if they wanted the AstraZeneca vaccine, a lot would say no. And it wouldn’t be because they were vaccine hesitant.

It would be because AstraZeneca, the pharmaceutical company producing the low-cost vaccine developed by Oxford University, has repeatedly mishandled the delicate process of proving the safety and efficacy of shots destined to be put into a billion arms. And it’s also because Canada’s health experts are doing their job.

As Caroline Quach-Thanh, head of Canada’s National Advisory Committee on Immunization (NACI), put it on Monday, the AstraZeneca vaccine seems to have been “born under not a good star.”

Its latest setback came Monday, when NACI unexpectedly recommended that AstraZeneca not be given to people under 55 until there is more information about its possible link to a tiny handful of potentially fatal blood clot cases in Europe that seem to strike younger people.

Barely 10 days earlier, on March 18, Health Canada had said it was aware of the blood clot issue, but that the benefits of the AstraZeneca vaccine outweighed any risks and that it should be given to people 18 and up.

On the surface, it was a confusing reversal. And it came after earlier worries that the vaccine wasn’t proven safe for people over 65 because AstraZeneca’s Phase 3 trials included only a small percentage of older test subjects.

Canada at first limited the use of AstraZeneca to people between 18 and 64, but real-world evidence from Britain, where 30 million people have received at least one dose, demonstrated that it was safe and effective for all ages, prompting NACI on March 16 to recommend its use on people 18 and up.

AstraZeneca’s research came into question again on March 22, when it said a preliminary analysis of two doses on 32,449 adults in the United States, Peru and Chile showed that it had a 79-per-cent effectiveness rate.

That was immediately challenged by the U.S. National Institute of Allergy and Infectious Diseases, which accused AstraZeneca of using data from February to reach its conclusion, and that more recent numbers indicated an efficacy of between 69 and 74 per cent.

It wasn’t a huge discrepancy. AstraZeneca subsequently incorporated the newer data and said its final result showed a 76-per-cent efficacy.

But the damage to the company’s reputation was done. So when NACI suddenly recommended a pause on AstraZeneca because of blood clots, for many it was the last straw.

Is AstraZeneca safe or not? And what of Canadians who’ve already received it? Are they at risk of a scary side effect known as vaccine-induced prothrombotic immune thrombocytopenia (VIPIT)?

The answer is that AstraZeneca is safe. Other countries besides Canada have paused its use for younger adults while the blood clots are investigated. But the threat remains minuscule – there’s never been a case linked to the vaccine in Canada – and, now that the risk has been identified, anyone who develops symptoms can be safely treated.

NACI and Health Canada still say AstraZeneca is safe for vulnerable people in high-risk groups – those over 65 or who suffer from other health issues – because any risks are outweighed by the benefits.

Part of the rationale for pausing it for people under 55 is that they are at far lower risk of developing severe COVID-19 symptoms, or of dying, than people over 55, and that there is little to lose by waiting for more information about the link between the vaccine and VIPIT.

NACI’s rationale also takes into account the fact that the AstraZeneca vaccine, some of which is being made in India under the name Covishield, is not Canada’s primary source of doses. The vast majority – about 90 per cent – come from Pfizer and Moderna.

By coincidence, Ottawa announced on Tuesday that Pfizer is increasing its deliveries to Canada in June by five million doses. Ottawa now expects to receive more than 30 million doses from Pfizer and Moderna by the end of June.

Pausing AstraZeneca for people under 55 makes sense when all the factors, risks and benefits are weighed. Canadians’ wariness is understandable, but the fact that NACI is erring on the side of precaution should be reassuring to anyone who has received the vaccine, or is offered it. 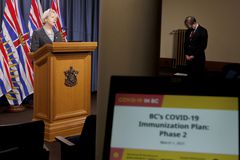 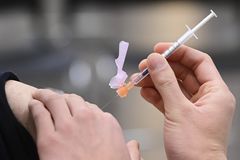 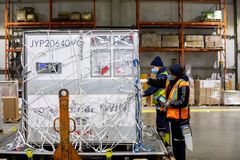