Coronavirus information
The Zero Canada Project provides resources to help you make the most of staying home.
Visit the hub
The Editorial Board
Published July 14, 2020 Updated July 14, 2020
Comments
Please log in to listen to this story. Also available in French and Mandarin. Log In Create Free Account

The Canada-U.S. border will stay closed for at least another month. Is this a good thing? No, it’s a terrible thing. It’s also necessary.

Canada’s COVID-19 recovery plan has to be guided by a prudent but realistic cost-benefit analysis. That means aiming for the maximum amount of economic reopening, while minimizing the risks of sparking large and uncontrolled virus outbreaks. Are Canadian governments striking the right risk-reward balance?

When it comes to the border, yes. U.S. infection numbers have been exploding for more than a month, which means our neighbours are too sick to visit. The arrival of hundreds of thousands of U.S. tourists would have immediate economic benefits for Canada’s beleaguered hotels, restaurants and attractions, but enormous risks would accompany the dollar signs. Visitors from COVID-19’s current epicentre would be packing a forest fire in their carry-on luggage.

However, Canada can and should be looking to eventually resume travel with safe destinations where infections numbers are low, from Australia and Taiwan to perhaps much of Europe. To do that safely, the federal government would have to invest in a system to rapidly test travellers for the virus, ideally before they can board a plane. That would give Canada a tool to reopen the border to foreign tourists and students, while keeping it closed to the virus. Such screening would be costly, but the amount of economic activity it would allow, and the amount of virus propagation it would forestall, could be far greater.

Has Ottawa taken such steps? Not yet. A group of American and Canadian transportation executives in a group called the Future Borders Coalition is blue-skying the idea but, so far, that’s it. Meanwhile, the provinces are reopening some less essential services, while being slower when it comes to some of the most essential things. The risk-reward equation doesn’t look quite right.

Take schools. There are enormous costs to keeping kids out of the classroom. Aside from the fact that it makes it harder for parents to go to work, the lack of education and social time is likely to have long-term effects on the health, development and even future job prospects of today’s children.

Back in March, closing schools was prudent; Canada had few precision tools to fight the epidemic, and little was known about COVID-19. However, recent research suggests that younger children not only have a very low risk of becoming seriously ill from COVID-19, they also appear to rarely contract it or pass it on to people at higher risk, such as teachers and parents.

It suggests that, all else equal, elementary schools should be back in session as soon as reasonably possible. Yet in Ontario, even as sleepover camps remain closed and a precise plan for school reopening remains uncertain, bars in much of the province begin to reopen Friday.

It doesn’t look like the correct assessment of risks and rewards, costs and benefits. The need for schools is higher – much higher – than the need for bars, yet the risk of community transmission, at least in elementary schools, appears to be lower. Several countries that flattened the curve have had outbreaks associated with the resumption of nightlife, whereas a number of studies have shown very low transmission levels in reopened schools in places such as Germany.

It may be safe for bars and restaurants to reopen, if they take proper measures for physical distancing and record-keeping for contact tracing, and if they are located in areas where the local community has few cases of the virus. For example, British Columbia allowed restaurants and bars to reopen more than a month ago, and there has not been an explosion in infections. Before reopening, the province did the work of lowering its case counts. In B.C.‘s Interior, as in the north and on Vancouver Island, there were zero people hospitalized with COVID-19 as of Monday. As a result, the data suggest the chance of a bargoer coming into contact with an infected person is likely minimal, particularly outside the Vancouver area.

That logic applies all the more strongly to schools. Under the best of circumstances, in places with few virus cases, reopening bars may be relatively low-risk. But it’s also low-reward. Reopening elementary schools appears to be even less risky, while offering a huge payoff to students, parents and Canada’s future. Governments have to be sure they’re making the right calculation. 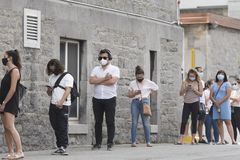 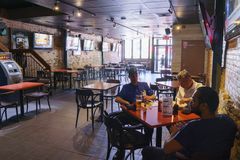 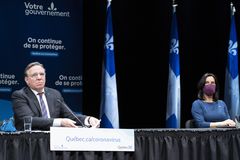