It was obvious from the start that the Site C hydroelectric dam under construction in northeastern British Columbia was in danger of turning into a financial quagmire.

BC Hydro had wanted to build Site C for decades. It had already built two big dams on the Peace River, completed in 1968 and 1980. BC Hydro’s DNA is dams, and it hadn’t built a new one since 1984. By 2010, the BC Liberal government of the day had become gung ho for Site C, the most expensive build in the province’s history.

The bill at the time was about $6-billion. Then it was $7.9-billion. By the time the Liberals approved it in late 2014, after they had exempted it from an independent review, the bill was $8.8-billion. Once construction got under way, then Liberal premier Christy Clark vowed, in her own words, to push the project to the point of no return.

The NDP had long opposed Site C and, when the party gained power in 2017, it ordered a review by the B.C. Utilities Commission – which is what should have been done years earlier. About $2-billion had been spent by then.

The review found that BC Hydro’s forecast of future demand was “excessively optimistic,” and said “increasingly viable alternative energy” such as wind and geothermal could provide similar benefits. But the commission did not issue a firm yes or no, although it noted that another $2-billion would have to be spent if the project was halted for good.

Former NDP premier Mike Harcourt at the time said Site C was a “clear, unmitigated disaster.” Still, at the end of 2017, NDP Premier John Horgan decided to go ahead – as the budget spiked to $10.7-billion – believing the project was too advanced to stop.

It was the classic sunk-cost fallacy, colloquially described as throwing good money after bad.

Cost pressures kept on bubbling, a constant upward push. The official news landed in late July: BC Hydro admitted it is in big trouble. The project is at risk, starting with the budget and schedule. There are significant issues with worker safety, the environment, litigation and relations with Indigenous people, who are opposed to the project. There are also daunting geotechnical problems, and the COVID-19 pandemic hasn’t helped, either.

With $5.1-billion spent as of the end of March, Site C was already $400-million over its 2017 budget. BC Hydro is working to “re-baseline” the numbers. An overhauled budget is expected later this fall. No prizes will be awarded for predicting several billion will be added to the tally.

This sort of saga is all too typical when it comes to large hydro projects. Newfoundland and Labrador’s Muskrat Falls is a nightmare that has brought the province to the financial brink. This will not be the case in B.C. – its fiscal position is arguably the strongest among all the provinces – but the exact same mistakes were made. Political leaders and a Crown corporation built on hydro dams wanted a glamorous new project. The promoters overstated the benefits. They underestimated the risks. They ignored the alternatives. And, worst, they skirted a real review.

This series of errors is standard around the world. Research from Oxford University, published nine months before Ms. Clark approved Site C in 2014, concluded “large dams in a vast majority of cases are not economically viable.”

At this point, what’s needed is a true accounting of what Site C will cost British Columbians. When the number lands this fall, the NDP government will have to reckon with the situation. Shutting the project down would be extreme – and extremely expensive. It is probably beyond the point of no return. That should, however, not be taken as a given. The sunk-cost fallacy still looms – throwing many more billions at what’s turning into a cash bonfire.

Site C is supposed to deliver electricity that could power a half-million homes for many decades. Dams have supplied years of low-cost energy to B.C. But they are an antiquated and destructive technology – Site C will flood 55 square kilometres of land – at a time when the cost of wind, solar and other renewable energy have plummeted.

One could argue that Mr. Horgan made the wrong call in 2017. One could definitely say Ms. Clark and her BC Liberals were reckless when they approved Site C in 2014. But those decisions are in the past. The only thing to do now is take a clear-eyed look at the present. Once a new, robust budget is in hand, all options must be on the table. 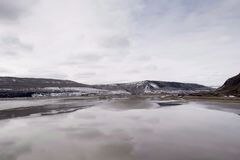