The Editorial Board
Published July 12, 2021 Updated July 12, 2021
Comments
Text Size
Please log in to listen to this story. Also available in French and Mandarin. Log In Create Free Account

On Aug. 20, 1943, the 13,500 workers at the vast John Inglis factory, in what is today Toronto’s Liberty Village condo neighbourhood, downed their tools for a few hours to celebrate their leading role, and Canada’s, in the battle against a global menace.

The banner at the centre of the celebration read: “100,000th Bren Gun.” Next to it were draped the flags of the Republic of China and Canada. Inglis had just produced its 100,000th light machine gun for China, Canada’s ally. The Chinese ambassador accepted the landmark delivery, thanking Canada for giving his country the means to fight a Japanese invasion.

The Globe and Mail reported the next day that Inglis had originally received a contract for 12,000 Brens, a job expected to take five years. By the summer of 1943, it was turning out that many guns in five weeks.

History offers many examples where a look at the past proves highly flattering to the present. But sometimes, yesterday puts us to shame.

The campaign to vaccinate the world against COVID-19 has not exactly been Canada’s finest hour. Canada has of course done an excellent job vaccinating Canadians – no question of that. But it’s done so by winning what is, in a world of limited vaccine supply, a zero-sum game. Scouring the globe for doses, we’ve effectively pushed tens of millions of people from poorer countries to the back of the line.

Unlike the Canada of the Second World War, Vaccine War Canada has been 100-per-cent taker, zero-per-cent maker.

U.S. President Franklin Roosevelt coined the phrase “arsenal of democracy” to describe the United States in the 1940s. Its manufacturing base was then the world’s largest, allowing it to provide the Allies with an endless stream of equipment. Recipients often didn’t even pay, under a scheme known as Lend Lease.

Canada ran a similar program, called Mutual Aid. Huge numbers of Canadian-made planes, tanks, guns, trucks and locomotives were sent to the Soviet Union, China and above all Britain.

In early 1942, Canada gave Britain what was called The Billion Dollar Gift – $1-billion of goods, plus a $700-million, interest-free loan. Britain used that all up in a matter of months, so Canada did the only logical thing: It gave more. To put the size of The Gift in perspective, in 1942, Ottawa’s annual revenue was barely more than $2-billion.

But in the Pandemic War, Canada has been no vaccine arsenal of democracy. Instead, we’ve been the people who clean out grocery-store shelves in advance of a hurricane.

Yes, under the circumstances, Ottawa was right to scour factories in Europe, India and the U.S., chequebook in hand, for the millions of doses Canadians needed. It did what it had to do to protect its citizens. That is any government’s first responsibility.

But Canada has the ability to change those circumstances. Unfortunately, the move to become less taker and more maker – less hoarder and more benefactor – has been very slow.

The National Research Council’s new Biologics Manufacturing Centre in Montreal, announced last year by the Trudeau government, is finally finished – well, the building at least. Equipment still has to be installed, tested and certified.

Also not yet certified: the Novavax vaccine the facility is supposed to make. The plant could produce two-million vaccine doses a month, eventually.

The feds have also funded VIDO – the Vaccine and Infectious Disease Organization – at the University of Saskatchewan. It’s building a facility capable of turning out 40 million doses a year. But its vaccine is also still in development.

And Medicago says it can make 80 million doses a year at its Quebec facility, and when a new factory opens in 2023, one billion doses. But its vaccine has also not yet completed trials.

In the race between vaccines and variants, Canadians have largely won. But for billions of unvaccinated people in the rest of the world, the race is being lost. They are months or years away from their shot – because not enough shots are being produced, and countries like Canada bought up all the early supply.

What can Canada do stop taking, and start helping? Finally become a maker, and exporter, of vaccines.

Canada ships COVID-19 vaccines to 134 of its diplomatic missions in countries where vaccines are scarce
July 6, 2021 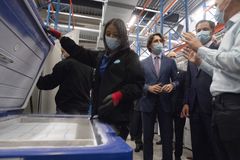 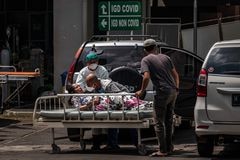 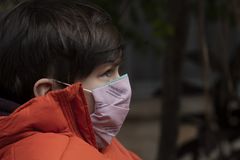