The Editorial Board
Published April 13, 2021 Updated April 13, 2021
Comments
Text Size
Please log in to listen to this story. Also available in French and Mandarin. Log In Create Free Account

The City of Vancouver on Monday took another step in an ongoing revolution in Canadian drug policy, as it outlined plans for decriminalizing the possession of small amounts of drugs within municipal boundaries.

Last November, city council backed a plan to ask for an exemption from federal drug laws. Ottawa agreed to talks in January and Vancouver made its first submission in March. Monday’s filing detailed what level of “personal possession” of drugs would be small enough to be treated as non-criminal. The proposal is for a supply equivalent to three days of use, such as two grams of opioids, or three grams of cocaine.

Dealing drugs, and holding larger quantities, will remain a criminal offence. But simple drug possession will not face criminal sanctions. It will be treated as a tragedy, not a crime – a health issue, and a matter of addiction.

Under decriminalization, if a police officer interacts with a person holding a small amount of drugs, there will be no charge, no fine and no jail. The drugs will not be seized. Instead health assistance will offered, starting with such things as information on overdose prevention.

Vancouver’s plan is the latest effort to rethink the failed idea of using criminal law to solve drug addiction. The goal of decriminalization of small possession is to reframe the issue as one of health care. The hope is that people who are addicted will be more likely to seek help, take fewer risks to get drugs, and will no longer face the possibility of a criminal record because of a health problem.

Decriminalization would mark a fundamental change in how society tackles drug misuse.

It would not, however, mean the end of the epidemic of overdoses in Vancouver – or in Canada, if and when the policy is more broadly applied.

Decriminalization by itself does not address the root of the current epidemic of addiction, which includes the wide availability of highly addictive painkillers. Nor does it provide needed treatment for those trying to overcome addiction. Nor will it, by itself, end the epidemic of overdose deaths, which are caused by a toxic supply of drugs. The key work on that last point, backed by Ottawa, involves moves to establish what’s called a safer supply of drugs, so people who can turn to doctors and nurses rather than dealers. British Columbia is at the fore of safe-supply policy.

Across Canada, opioids have killed more than 20,000 people since the start of 2016. Five long years ago, B.C. declared a public-health emergency. Illicit drug toxicity killed a record 1,724 people in B.C. in 2020 – 75 per cent more than in 2019, and more than the 1,495 killed by COVID-19 in the province since the pandemic began. There have also been record overdose deaths in Ontario and Alberta.

Much has changed since Dr. Bonnie Henry, B.C.’s Provincial Health Officer, called on the province in April, 2019, to decriminalize drugs. Her proposal was immediately rejected. But since then, many minds have shifted, including the Canadian Association of Chiefs of Police. This past February, two years after spurning the idea, B.C. sought approval from Ottawa to decriminalize provincewide.

This is a remarkable evolution in thinking on what was recently a radical idea. It’s testament to the depth and breadth of an overdose crisis that has scarred families across the country.

Vancouver has suffered a very high number of deaths, but working with a range of experts, it is making the right calls. The move to end police seizures of small amounts of drugs makes sense, because seizing addictive drugs from someone who is addicted will only force them to do ever more dangerous and possibly criminal things to acquire a new supply. “The model that it’s straight health care – there’s no tickets or jail time or criminalization at all – is what’s important,” said Mayor Kennedy Stewart.

Too many lives have been stolen by overdoses, and governments have been too slow to act. Decriminalization is not a panacea, or an encouragement of drug use. It is a recognition that Canada has an epidemic of addiction. Helping people who struggle with drugs is about health care. Other cities and provinces should follow Vancouver and B.C.’s lead.

Opinion
A budget for ‘building back better’? That’s an excellent idea
March 11, 2021 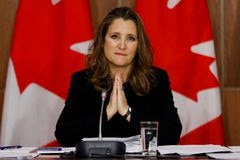 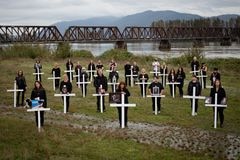 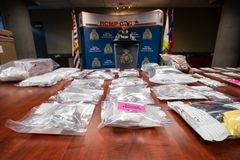