The global threat of global warming and the planet-wide lack of progress on reducing emissions are serious causes for concern. It’s in this context that Prime Minister Justin Trudeau will unveil his cabinet on Wednesday, forming a government that is expected to put a heavy emphasis on climate change and the green economy.

The countries of the Group of 20, which produce the bulk of the world’s greenhouse gas emissions, are on track to emit more in 2030 than they do today, according to a report last week from Climate Transparency.

The conclusion of the International Energy Agency’s annual world energy outlook is similar. Under current and planned government policies around the world, emissions will keep rising for the next two decades and will “lock in severe impacts from climate change,” the outlook says.

The IEA said its aim is “to hold up a mirror to today’s plans and illustrate their consequences.”

The consequences are well known. The world was warned a year ago by the United Nations that urgent action is required over the next decade. Humanity faces rising oceans, droughts, heat waves and ever-more-common destructive storms. The cost in dollars will be in the trillions. In the long run, the human cost will be worse.

Yet, annual global emissions are more than a third higher today than when the Kyoto Protocol was signed 22 years ago.

Canada is both a laggard and a leader on this file. The latest figures show Canadian emissions rose 1 per cent in 2017, compared with the year before. That said, current and planned Liberal government policies are predicted to get Canada more than halfway to the 30-per-cent emission reductions by 2030 that it pledged in the Paris Agreement.

During the fall election campaign, when a strong majority of voters backed parties favouring climate action, the Liberals also promised to take steps to achieve even deeper cuts by 2030 and reach net-zero emissions by 2050.

Conservatives argue Canada contributes only a small fraction of global greenhouse gas emissions, so our efforts will be drowned by China’s belching. What’s more, unless our policies are carefully designed, they risk shifting polluting industries to countries with weaker laws. That would leave Canadians paying a high price, while the planet gets no benefits.

Those are legitimate worries. Millions of Canadians wonder if steps to reduce carbon will also reduce their incomes and job prospects. Their concerns have to be addressed.

That is not, however, a call for complacency. It’s a reminder that Ottawa’s greenhouse gas strategy must always aim for the most environmental benefit at the least economic cost.

What Canada does matters: This country is one of the planet’s largest emitters, even if we are far behind the United States and China. On a per-capita basis, we are near the top of the dirtiest countries list.

On the other hand, Canada is the rare country with a national, economy-wide carbon tax. The tax will rise through the end of 2022; beyond that, it will have to go higher.

Despite the fact the consumer carbon tax is a favourite punching bag of the Conservatives, it should be the least controversial of Canada’s carbon-reduction policies. A tax on the gas in the family car to encourage you to drive less or switch to a more fuel-efficient vehicle, and with the tax rebated to taxpayers, doesn’t reduce our economic competitiveness.

But policies targeting industrial emissions are more of a challenge. Some industries are energy-intensive and exposed to foreign competition. This is where carbon-reduction policy has to be carefully designed.

Canada’s neighbour is making that job all the more difficult. Support for climate action is rising among American voters, but the U.S. President is a climate-change denier who intends to yank his country out of the Paris Agreement. Many states are opposed, and Washington could still make a U-turn – but only if a Democrat wins the presidency next fall.

Which brings us back to the dire global situation. Some leading climate scientists say that if the current trajectory continues, our destination 80 years from now is a planet that is 3 to 4 C hotter – a world that could be largely unrecognizable.

Humans have the technology to avoid that outcome. The IEA outlined a path to cutting global emissions by two-thirds by 2050. What’s lacking, still, is collective will. The makeup of Mr. Trudeau’s cabinet will give us an idea of whether Canada is ready to do its part. 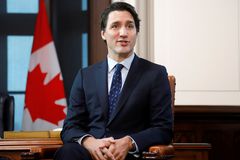 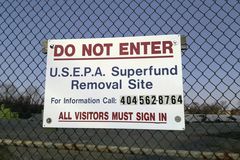