Our national election journey of 40 days and 40 nights is almost at an end, and what a short, surprising trip it’s been. So what have we learned along the way?

The first thing learned: A 40-day campaign isn’t long enough. No, really. The Americans go overboard, with an election period measured in years, but Canada leans too far in the other direction. It’s as if there’s a fear that overexposure to politics will cause the country to break out into a rash. The truth is the opposite: It’s the lack of familiarity – voters with politicians, and politicians with what marketing gurus assure them is a lo-fi electorate – that breeds contempt.

Also learned: Voters need more debates – many more – and they’ve got to be better. But then anything would have been better than the one and only official English-language debate, which appeared to have been designed by people who thought the point of the exercise – aside from serving as a publicly funded opportunity for the networks to promote their news anchors – was to ingrain a little more contempt for politicians and the process.

Canadians deserved better. So did the leaders, and their ideas. Next time, the job should be given to the people who produced the much better official French-language debate.

The election period may have been too short and the debates too few, but even so, we did learn important things about the parties and their leaders.

We learned that Hollywood isn’t the only place guilty of casting a white guy as Aladdin. And we learned that Canadians are forgiving. Despite politicians’ best efforts, they genuinely want to vote on real issues.

Speaking of which, we learned that if Conservative Leader Andrew Scheer becomes prime minister, he will be sworn in while still holding United States citizenship. Maybe U.S. President Donald Trump, who likes to find novel ways to pressure foreign leaders, could call him up and threaten to release his U.S. tax returns.

We learned that Doug Ford must be part of Criss Angel’s latest magic trick, which involved the Premier of Ontario vanishing for the duration of the election. That, or he was placed in a reverse-witness-protection program: guarded 24/7 in a secure, undisclosed location in return for a promise to not testify on behalf of the Conservative Party.

If you’d played a drinking game in which you filled a shot glass every time Liberal Leader Justin Trudeau mentioned Mr. Ford, but emptied it back into the bottle every time Mr. Scheer didn’t, you’d have gone 40 days in a state of perfect sobriety. But you’d have developed carpal-tunnel syndrome from all the pouring and un-pouring.

We learned that party platforms, a relatively recent innovation, are a very good thing. So is the novelty of having them costed and reviewed by outside experts. All of the major parties produced detailed platforms, containing real ideas for governing and offering genuine alternatives to the status quo. But that doesn’t mean they don’t also contain varying degrees of imperfection.

For example, we learned the Liberal platform includes a promise to create national pharmacare, but doesn’t include nearly enough money to fulfill the promise. In a little-noticed shocker, the author of the Liberal government’s pharmacare roadmap admitted as much.

We learned that the NDP and the Greens have ambitious plans, but they often just don’t add up.

And we learned, or perhaps more precisely were reminded, that the Conservatives don’t have a serious environmental plan. The party has settled for not so much climate-change denial as denial of the need to do anything about it.

We also learned that identity politics took centre stage in this election. But rather than the identitarian left’s preference for race and gender identity, it’s Canada’s most ancient divide that’s being felt. The Bloc Québécois, federal standard-bearer of vieilles chicanes, has found a new spin on an old angle, and is back from the dead.

Less than three fortnights ago, the Liberals were cruising to a majority, and Mr. Scheer and NDP Leader Jagmeet Singh were seen to be heading for defeats of historical proportions. We learned that a lot can change in 40 days. 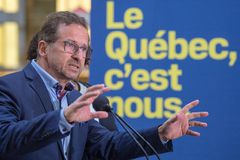 Opinion
Despite what some say, the rules of a minority government are clear
Subscriber content
October 18, 2019 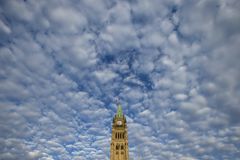