The span of guesses as to the scale of money laundering in Canada is as vast as the distance from Victoria to St. John’s.

A British Columbia government report from 2018 guessed that at least $100-million a year was being washed through the province’s casinos. An international report pegged the flow coursing through the entire B.C. economy at more than $1-billion a year. A draft report for the federal government estimated the national number at between $5-billion and $40-billion annually. And this week, a C.D. Howe Institute study concluded the amount of dirty money laundered annually from coast to coast could be as high as $130-billion – as much as Canada’s three biggest banks, combined, book in revenue each year.

Canada has a money-laundering problem. It is large, and possibly very large. And it’s an issue the country has been slow to grapple with.

B.C. is the epicentre of the problem, and it’s where the fight back has started. Peter German, a former RCMP deputy commissioner, has been investigating the issue for the provincial government since the fall of 2017. His first report last summer concluded B.C. casinos had become “laundromats.” This week came his findings on luxury cars, a market where suspicious transactions go unreported and expensive rides – including one car worth more than $200,000 – are bought with bags of cash, no questions asked.

B.C. governments have linked money laundering to soaring housing prices, though, given the obvious challenge of measuring illegal activities, it’s impossible to precisely measure their impact on the legal market.

Opinion: To disrupt money laundering, Canada should consider a different relationship with Asia

To respond, B.C. has already made one key move. This spring, it introduced the Land Owner Transparency Act, the first of its kind in Canada. Once passed, the legislation will create a public real estate registry, clearly listing who owns what. That is badly needed because, in 2016, about one-third of the most expensive properties in the Vancouver region were owned by purposefully opaque entities such as numbered companies.

The new law will require beneficial ownership to be revealed, so that the person who really owns the asset is named. Punishment for skirting the law will be stiff: fines up to $100,000, or 15 per cent of the property’s assessed value, whichever is greater.

Canada’s real estate market has long been a place where even basic data such as the previous sale prices of a property or its assessed value are unavailable to the average person. This absence makes the market ripe for distortions.

All governments east of Victoria would do well to follow B.C.’s lead. Money launderers go where their work is easiest. B.C. had been exploited for years but tougher rules could change that: After the province made it harder to wash cash through casinos, the flow of suspicious money eased.

Ottawa has also recently taken steps to go after suspicious transactions, but it can do more. Last fall, the House of Commons finance committee presented its report on “confronting money laundering and terrorist financing.” Its first recommendation was a national beneficial ownership registry for a range of assets, including real estate.

The federal government has not acted on that proposal. In the March budget, it did take small steps to bolster law enforcement, allocating $141-million over five years to policing efforts fighting money laundering. B.C. real estate is a top area of focus.

Policing is important, but it would be a lot easier with the right tools. This week’s C.D. Howe Institute report – the one that pegged money laundering at as much as $130-billion a year – correctly concluded that a national ownership registry, such as the one in the works in B.C., is essential.

Money laundering may be invisible but, like a punch you never saw coming, it hurts. When Canadian real estate is used as an international dirty-money laundromat, it harms law-abiding Canadians by artificially pushing up housing prices.

The real estate market has long operated behind opaque information. Money launderers benefit from this. Drawing back the curtain and shining more light into real estate transactions is an essential step for the good health of the housing sector – the place where most Canadians make the biggest investment decision of their lives. 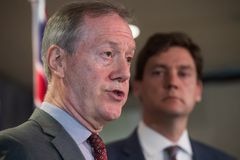 Opinion
Internet-gambling interests bet on lobbyists with PC ties for a quick win in Ontario
May 1, 2019 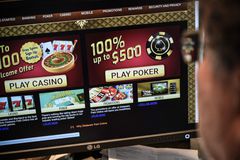 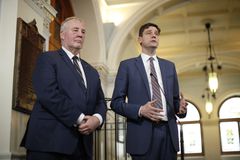