Russian President Vladimir Putin played hockey last week. Tottering around on his ankles, cheered on by his subjects and assisted by a fearful opposing team, the Russian head of state scored eight goals.

It might as well have been a remake of Sasha Baron Cohen’s film The Dictator, in which the eponymous autocrat hosts his own personal Olympics and wins gold in 14 events, including the 100-metre run, in which he claims victory by shooting the other competitors and, when he gets tired halfway through the race, by ordering the finish line moved toward him.

Canada’s head of state is a bit different.

Monday is Victoria Day, which for most of us means a day off work and is reason enough for fireworks.

But it’s also a uniquely Canadian holiday, celebrating a uniquely Canadian institution: monarchy, Canadian-style. Our system, with a monarch who does her reigning at such a great distance as to have become an abstraction, is a happy contrast to much of the rest of the world – where heads of state such as Mr. Putin are rulers who never stop lording it over their unfortunate people.

Largely by accident, Canada has ended up with a constitutional monarchy that may not be of much value to 21st-century celebrity journalism, but is perfectly suited to a 21st-century political system. And it’s nicely summed up by Victoria Day – a day when we pretend that the current Queen has the same birthday as one who died more than a century ago.

Why? Because unlike the Brits, who have a resident monarch, an expansive and expensive royal family, and a massive constellation of aristocrats, Canada’s monarchy is less of a fleshy fact and more of a notion. The idea of the Crown is real. It’s the foundation of our constitutional system; it’s always there. But the person wearing the crown? Not so much.

The Queen of Canada, who is also Queen of 15 other countries, is in Canada only every few years, and only for a few days. She is absent more than 99 per cent of the time. In London, the Queen regularly opens Parliament; the last time she did that in Ottawa was 1977.

But even if the Queen is almost never here, the Crown always is. The Crown isn’t a gold circlet on someone’s head, and it isn’t a person. It’s the idea of the state – our state. Without the Crown, you can’t have a Parliament. Without the Crown, bills can’t become law. Canadian governments rule in its name, and in court, prosecutors called Crowns bring cases on its behalf.

To act for a permanently absent Queen, we have a governor-general and provincial lieutenant-governors. A few have tried to act like heads of state, and every once in a while there’s a proposal to make them such – to turn them into little elected presidents. Terrible idea.

Instead, our governors-general and lieutenant-governors are mere stand-ins for somebody else – a higher authority who will never come. In a world of puffed-up kings and presidents, the transient resident of Rideau Hall’s job title might as well be acting regional manager. They’re a permanent stand-in. A seat-filler.

It’s a humbling position. That’s kind of the idea.

The United States head of state, the symbolic embodiment of the nation, is President Donald Trump. Yes, really. The government acts in his name. His picture is in every U.S. government office.

The Canadian equivalent is an abstract thing called the Crown, represented by the distant, apolitical and permanently non-resident Queen. There should never be a portrait of Justin Trudeau in a Canadian government office, or Andrew Scheer, or any other elected official. They’re not Canada; they’re just employees of us, the people.

Canada’s head of state is an abstract idea, and a minimal physical presence. The American equivalent is the country’s most powerful political actor. He comes out of the muck of politics, and he’s on the nation’s TV screens 24/7. But because Americans needed a symbol at the head of the state, they’ve invested this partisan person – did we mention it’s Donald Trump? – with all the trappings of a monarch.

Our way is better.

Happy and glorious, long to reign over us, God save our distant Queen. Enjoy the long weekend.

Editor’s note: An earlier version stated the last time the Queen opened parliament in Ottawa was in 1957. In fact, it was 1977.

Prince Harry accepts damages, apology over aerial photos of his private home with Meghan
May 16, 2019 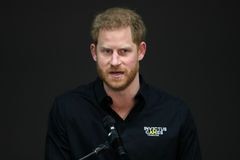 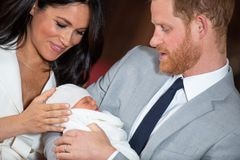 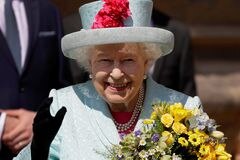