In an ideal world, before a government announces a policy, it considers all the best information and science available, weighs its options and, after careful study, proceeds with what the evidence suggests is, on balance, the best plan.

But with the Ford government’s decision to fund fewer supervised drug-consumption sites in Toronto and across the province, it appears none of those things happened.

On the contrary, this is a policy that is categorically not based on the best evidence, and for which there is no credible justification.

The only thing that’s clear is that this is not a policy that will save as many lives as possible during Canada’s biggest public-health crisis in a decade: the opioid crisis.

The opioid crisis is not abating. It needs to be addressed, not ignored.

Across Canada, at least 11 people die every day from drug overdoses because illicit drugs such as heroin and cocaine, as well as fake prescription painkillers, are laced with fentanyl and carfentanil, two extremely powerful and dangerous opioids. The latter is an elephant tranquilizer that can kill a human even in minute quantities.

One government response to this emergency has been the creation of supervised-consumption sites – places where addicts can safely ingest illicit drugs in the presence of workers who can revive them if they overdose.

The sites target addicts who have little contact with the health-care system, such as the homeless. Some sites are created on a pop-up basis in areas of high need. Others are permanent; they have more staffing, provide modest health care and serve as a portal into drug-treatment services.

One of their big goals is to reduce the amount of discarded drug paraphernalia in a neighbourhood, as well as cut back on public disorderliness. But their biggest role is to save lives.

This kind of harm-reduction strategy has proven to be successful across Canada and around the world. Supervised-consumption sites are just one weapon in the battle against the opioid epidemic, but they are a critical one. They prevent deaths and help people get off drugs. They don’t encourage drug use; instead, they encourage the safe consumption of drugs by addicts who would otherwise get high in a dangerous fashion.

The Ford government has a different view. It treats supervised-consumption sites with suspicion and misunderstanding. Its policies are designed to respond to voters who mistakenly believe the sites somehow encourage drug addiction, and to the Premier’s personal distrust of the harm-reduction model. “If your son, daughter or loved one ever had an addiction, would you want them to go in a little area and do more drugs? I’m dead against that,” Mr. Ford said during the election campaign last year.

Last week, the Ford government cut funding to three supervised-consumption sites in Toronto that are busy to the point of being overwhelmed. It also indicated that it may stop funding the busiest site in the city, one that has prevented some 800 overdoses since August, 2017.

The government has only committed funding to a grand total of 15 sites across the entire province, with just six in Toronto. The government has also arbitrarily capped the total number of sites it will license at 21.

In all of this, the Ford government has not offered a rationale for its policies. All the public has to go on is the Premier’s belief that supervised-consumption sites are “a little area [to] do more drugs,” and his party’s repeatedly stated concern that the presence of these sites is troubling to voters.

Most politicians will tell you that any effort on their part that saves a single life will have been worth it. Mr. Ford is saying that any effort catering to ill-informed views about drug addiction, even if it’s not based on solid evidence, and even if it results in a preventable death, is worth it. This is not politics at its most inspiring. 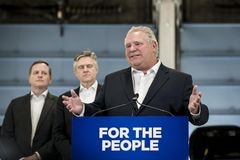 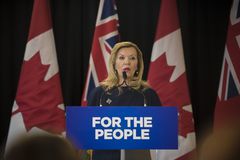