If there is one thing you can say about U.S. President Donald Trump, it’s that his record in office is not exactly unimpeachable.

He is a serial liar, a tawdry name-caller, a consorter with white supremacists and a self-dealer who blatantly uses his elected position to benefit his business interests and to hire unqualified family members in key government positions.

He has turned on his traditional trading partners and military allies, and has damaged the international bonds and economic ties that have preserved peace in the West for decades; he often shows more allegiance to the heads of authoritarian regimes than he does to those in liberal democracies.

The world also knows, thanks to investigations by special counsel Robert Mueller and others, that Russian state actors actively worked to get him elected in 2016, and to harm the campaign of his opponent, Hillary Clinton. When members of his campaign team found out about this foreign interference, some of them – his son Donald Jr. included – eagerly sought the Russians’ help.

Mr. Mueller’s investigation into Russian interference and alleged collusion by the Trump campaign found no concrete evidence Mr. Trump was directly involved, but it did conclude that the President said and did things that could be construed as attempts to obstruct the investigation, which would be a criminal offense.

“If we had had confidence that the President clearly did not commit a crime, we would have said so,” Mr. Mueller said last week.

Mr. Mueller explained that U.S. Department of Justice policy prevented him from laying charges against a sitting president, but he suggested that Congress had an option for holding Mr. Trump accountable, which everyone understood to be impeachment.

And that is where the United States stands today: led by a President who might have been charged with a federal crime were he not protected by the fact he is in office, and who has made a mockery of the expectations associated with the position to which he was elected.

In a country where impeachment has been used in the past to attempt to remove judges and presidents from office on the grounds of drunkenness and lying about having sex with an intern, the allegations and facts surrounding Mr. Trump are enough for the House of Representatives to vote to impeach him a few times over.

An increasing number of Democrats in the House are now calling for just for that. But while there is a need to hold Mr. Trump accountable, and to restrict his term of office to no more than four years, the nuclear option of impeachment isn’t the way to do it.

If the Democrats used their majority in the House to pass articles of impeachment against Mr. Trump, it would mean that he faced formal allegations of “treason, bribery, or other high crimes and misdemeanors," which is never a good look for a president.

But those charges would then go to the Republican-controlled Senate, where a hearing presided over by the chief justice of the Supreme Court would take place, and a two-thirds vote by the senators would be required for conviction.

There is not even a small chance the Senate would convict Mr. Trump. So what would the process accomplish?

Democratic House Leader Nancy Pelosi wisely argues that Mr. Trump actually relishes the idea of being impeached. The process would quickly descend into the kind of political circus the former reality-TV star excels at exploiting.

He would use it to portray himself as the victim of gross injustice at the hands of a corrupt system. And once the Senate acquitted him, he could claim complete exoneration. That acquittal could also make it harder for the Justice Department to lay charges against him once he is out of office.

The Democrats should focus on what really matters – winning the 2020 election – and make it clear they won’t seek impeachment. That would strip the President of a potent weapon, while still leaving his opponents with more than enough ammunition to fire at him.

His terrible record is the best argument against his re-election. Better yet, by forgoing the distraction of impeachment, the Democrats would leave it to voters to decide who should be president. The roughest justice the narcissistic Mr. Trump could ever face would be his rejection at the hands of the American people.

Trump doubles down on Mexico threats ahead of tariff talks
Subscriber content
June 2, 2019 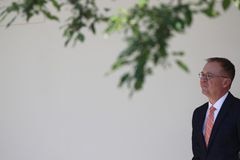 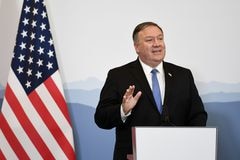 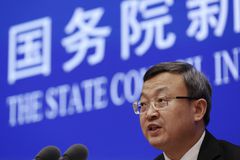