On July 1, 1997, Hong Kong became part of the People’s Republic of China. But the handover from British rule happened under a unique arrangement, known as “one country, two systems.” It stipulated that, for at least 50 years, the territory would remain autonomous from Beijing, including a legal and political system separate from the Communist Party’s monopoly on power in the rest of China.

For 22 years, Beijing’s patient rulers have been slowly eroding Hong Kong’s separate status. On economic issues, China has moved closer to Hong Kong, ditching socialism for free-market capitalism. But when it comes to democracy and the rule of law, the shift has been in the other direction.

A delegation of Hong Kong democracy and human-rights leaders is visiting Canada and the United States this week, urging the rest of the world to take a stand against Beijing’s latest – and potentially biggest – move against Hong Kong’s autonomy. Ottawa should be working with our allies in Washington and Europe to support their cause, and to pressure China to back down.

At issue is a proposed new law that would allow Hong Kong citizens to be extradited, on minimal evidence, to face charges in China. That would put every one of the territory’s 7.4-million people at risk, including at least 300,000 Canadian citizens. It would jeopardize anyone doing business in or travelling to China. That would be bad for Hong Kong’s economy, but far worse for human rights and the rule of law.

Beijing has in the past coerced Hong Kong residents into turning themselves over to the authorities in China, and has even kidnapped them, including in the famous case of bookseller Lam Wing-kee, seized for the crime of publishing things that mocked the Chinese leadership. But Beijing has never before been able to remove anyone legally.

Hong Kong does not extradite people to China for the same reason that Canada doesn’t: In China, there is no such thing as a fair trial. The legal system is a tool of the country’s rulers. Torture is common, fair process is not. Trials are not public, but coerced confessions are broadcast on television. Charges can be trumped up or concocted, and anyone unlucky enough to be charged will be found guilty. As well, China executes prisoners for some crimes.

In Hong Kong, there’s a large and vocal pro-democracy movement, which Beijing’s proxies have worked to suppress. Last month, nine leaders of the 2014 Umbrella Movement protests were sentenced by Hong Kong courts to prison sentences of up to 16 months. But at least their trials were held in Hong Kong’s courts, which retain much of the impartiality and independence they had prior to 1997. And their sentences will be served in Hong Kong.

In future, however, activists who make trouble for Beijing could find themselves facing trumped-up Chinese charges and legal transfer into China’s judicial black hole.

In China, political activism, labour protests and free speech are banned. In Hong Kong, they are still entirely normal. A law allowing for extradition to China could change that. It would have a chilling effect on free speech and protest, which is almost certainly the idea. The government of China practises widespread censorship, but in most cases it does not have to. Each act of censorship, accompanied by punishment or the threat of it, gives birth to 10,000 acts of self-censorship.

Beijing has chipped away at the “one country, two systems" arrangement in other ways. In recent years, legislators who declined to take an oath of office that included a loyalty pledge to China have not been seated, and candidates favouring independence from China have not been allowed to run.

And though Hong Kong has a nominally independent Chief Executive, he or she is always Beijing’s preferred candidate for the job. The current one, Carrie Lam, last year took steps that appeared to violate the territory’s laws when she ceded jurisdiction over part of Hong Kong’s new high-speed rail terminal to the mainland government. That put a piece of Hong Kong under full Chinese control; Chinese authorities later used that jurisdiction to arrest a property developer who happened to be in the station.

That is a prelude of what could happen, on a far larger scale, if the extradition law is passed.

Ottawa and our allies should let Beijing know that the people of Hong Kong, who are still part of the free world, are not forgotten, and do not stand alone. 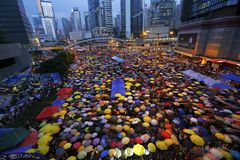 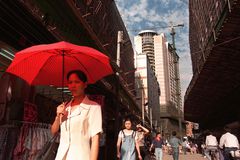