A few years ago, the City of Edmonton started to think about parking. There was a lot of it. West Edmonton Mall, the world’s largest when it opened in the 1980s, still holds the title for the planet’s biggest parking lot – it has space for 20,000 cars.

The results of Edmonton’s study landed last year, and they are striking: The city has a massive oversupply of onsite parking at homes, offices and businesses.

Like cities across North America, Edmonton was designed for cars. This did not happen by chance. It was legislated. In the decades after the Second World War, cities introduced development rules that required a minimum number of parking spaces. Builders had no choice.

It came at a high price, from all the paved-over acres of land around malls, to the pricey underground spots at downtown offices and condos. The city estimates a single spot can cost as much as $60,000.

“Parking is a powerful, but often hidden, force that shapes how our communities are designed, and influences every aspect of how people live, work and move around,” the city’s research concluded.

Some cities have started to move away from parking requirements for new buildings, but they are doing it slowly, and usually only in specific circumstances.

Edmonton, however, decided to go further. Last week, city council eliminated parking minimums from its zoning rules for all developments across the city, the first big city in Canada to do so.

All Canadian cities should take inspiration. Edmonton is thinking about what kind of city it wants to be in 2050. To quote a guiding maxim of a famous former Edmontonian: “Skate to where the puck’s going and not where it’s been.”

There is increased momentum to rescind parking minimums. Places such as Vancouver, Oakville, Ont., and Halifax have made changes in recent years. But many cities, such as Toronto, are stubbornly resistant. Off-street parking is required throughout Toronto. The most recent time the city reconsidered parking was 1986. There are rising calls for change.

Edmonton’s new thinking does not mean the end of parking. What it means is developers can try to figure out what the market might actually want. It opens the door to experiments. A developer of housing in a walkable city-centre neighbourhood with good transit may not build any parking at all. Freed of the requirement to build unnecessary parking, such housing will be immediately more affordable. Meanwhile, another developer may decide the type of buyers it aims for want or need a parking spot, or even two.

Research shows the savings can be enormous. Seattle changed its rules in 2012 so developments in central neighbourhoods served well by transit would require little or no parking. A study earlier this year found that developers still built some parking, but it amounted to 40 per cent less than what they would have been forced to build before the reforms. Allowing the market to decide how much parking is needed meant 18,000 unnecessary spots were not built, and an estimated US$537-million was saved.

Look at the research another way: It confirms parking minimums artificially create parking that would not exist but for the rules requiring its building.

A hint of what the future could look like is the Indigenous-led Senakw project in Vancouver. Eleven residential towers are planned on a T-shaped sliver of land near the downtown. It is an ancestral home of the Squamish Nation.

Because it is reserve land, the development is not governed by the city’s voluminous planning rules. Freedom offers interesting opportunities. Among the bold ideas is to build only 600 parking spaces for 6,000 apartments.

Back in Edmonton, builders are now able to do the same. The city predicts that, along with making housing more affordable, the absence of parking minimums will make it easier for new businesses to open, and in general make city life better, with a greater emphasis on people and less on cars.

And while the city billed its move as “transformative,” it underlined that it is also gradual. There will be plenty of excess parking in Edmonton for years to come. Change will happen one new building at a time.

It might seem odd that Edmonton, capital of Canada’s oil province, is the city rethinking car-centric planning rules. But all Canadian cities would benefit by emulating Edmonton’s confidence, and its long-term thinking. 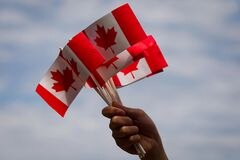 Opinion
The Dafonte Miller case reveals things that are wrong with the police, and right about our courts
June 29, 2020 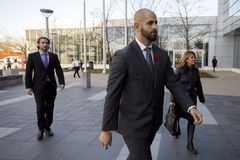 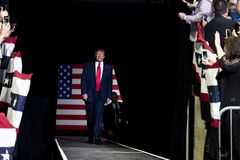