Are you a fan of Canadian film? Then you won’t want to miss, “One Little Nickel,” written, directed, produced and distributed by Ontario’s Government for the People. On Monday, it began its run on TV screens and video channels across Canada’s largest province.

In a tight, 30-second run time, this action-packed, dystopian drama tells the not-quite-true story of a once-proud and prosperous people, now suffering under an oppressive regime that is literally nickel-and-diming them into poverty.

A woman goes to a gas station to fuel up – but no sooner does she lift the nozzle then coins come spurting out. Her look of existential despair says it all: She cannot afford to fill her tank; the carbon tax has drained her dry. The scene borrows from the surrealism of Terry Gilliam’s Brazil, the socially relevant horror of Jordan Peele’s Get Out and the slapstick of Dumb and Dumber.

A man in a sweater-vest tries to heat his home, but nickels spew out of the heating vents. Two people go to the grocery store, but the oranges and apples are shedding nickels onto the floor of the produce aisle, while over in canned goods, a Niagara of nickels is falling. A man walking through a parking lot opens his wallet and finds nickels – his own money! – raining onto the pavement.

The villain behind it all is the federal carbon tax. By 2022, says the voiceover, “this will cost the average Ontario family $648 a year.”

It is not yet known exactly how much this advertisement cost Ontario’s Doug Ford government, nor how much will be spent to put it in heavy rotation on the province’s screens. The money comes from the $30-million of taxpayer funds that the Progressive Conservative government appropriated to fight Ottawa’s carbon tax.

Opinion: Cuts to Toronto Public Health are a careless dismissal of doctors’ expertise

Opinion: Doug Ford’s decision to fight the carbon tax is wise. Using taxpayer money for advertising is not

Opinion: Why does Doug Ford hate the future? He’s sure trying to burn it down

In case you miss the film, or otherwise forget to be outraged by the carbon tax, the Ford government has also ordered gas stations to post stickers on their pumps, reminding drivers about all those stolen nickels.

The script is a shoo-in for best writing in a comedy. It’s funny business with numbers, with half-truths delivering 100-proof laughs. The plot is all about how the carbon tax will take money out of your left pocket – but it never mentions that those nickels, and more, will be rebated back into your right pocket. According to an analysis by the nonpartisan federal Parliamentary Budget Officer, eight out of 10 taxpayers in the affected provinces (Ontario, New Brunswick, Manitoba, Saskatchewan and, soon, Alberta) will get back more in carbon rebates than they pay in carbon taxes.

The film’s epilogue says that Ontario rejects the carbon tax and has “a better way,” which is described as a three-part plan of “holding the biggest polluters accountable, reducing trash and keeping our lakes clean.”

The first of those is a perfectly reasonable idea, and it’s been part of both the federal and provincial approaches for some time. It’s also something the carbon tax does.

The other two parts of the Ford government’s alleged alternative plan are a clever bit of gaslighting. It’s misdirection worthy of a Las Vegas illusionist.

We’re all for reducing trash, but that’s the source of very little of the province’s greenhouse gas emissions. And keeping lakes clean is something everyone can get behind – but as a replacement for a viable greenhouse gas reduction plan, it’s like saying you’ll deal with the problem of drunk driving by improving high-school math scores, or you’ll be addressing rising prescription-drug costs by raising highway speed limits. These are total non-sequiturs. And confusion caused by non-sequitur is comedy gold!

“One Little Nickel” also deserves the Canadian Screen Award for “Outstanding Media Innovation.” Governments have long used public money to subtly promote their own political interest. It’s old hat. But other governments have always taken care to try to tone down the partisan message, while claiming to be merely informing people about a public service. Out of a sense of shame, they stick to a grey area.

But the Ford government’s 30-second spot is an unapologetic partisan ad, and you’re paying for it. It erases the line between party and government. It’s not informing citizens about a public program; it’s simply attacking the policies of a different level of government, occupied by a rival political party. The Oscar for shameless innovation goes to… 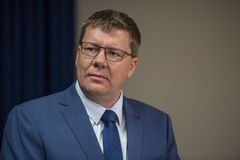