Whenever a political party loses an election, there are the inevitable calls from within to fire the leader. In the case of Conservative Leader Erin O’Toole, it took little more than a day for the first attack to come.

Bert Chen, a member of the party’s national council, said in a recall petition posted online on Sept. 22 that Mr. O’Toole had “betrayed” his party by “abandoning fiscal responsibility,” supporting vaccine passports and backing a carbon tax.

A re-elected Conservative MP, Chris Warkentin, subsequently chimed in that Mr. O’Toole’s policy reversals during the campaign, in particular his flip-flop on gun control, had hurt the party. He said he and others believe a change in leadership is needed.

At the same time, there are voices inside and outside the party saying there’s no reason for Mr. O’Toole to be thrown overboard, and that he should be allowed to stay on and fight another election.

Whatever happens, both sides of the debate need to acknowledge two things: A) yes, in a sense Mr. O’Toole did betray the party’s most fervent supporters; and B) if he wanted to win the election, he had no choice – thanks to the way the party chooses its leader.

Only paid-up members of the party, of whom just 174,000 voted in the 2020 leadership race that Mr. O’Toole won, get to vote for party leader. They do so on a mail-in ballot on which they rank the candidates in order of their preference, in a system that tries to balance regional disparities in party support, while also incentivizing new sign-ups in ridings with few Conservatives, by assigning 100 points to each of Canada’s 338 ridings.

A candidate gets one point for each percentage point of the vote he or she wins in a riding – whether that riding has 10 eligible voters or 10,000. The winner is the candidate who gets the majority of the 33,800 points up for grabs.

Mr. O’Toole was able to gain maximum advantage from the system by signing up a small number of gun-rights activists in Quebec ridings with low Conservative membership, and raking in the disproportionate points their votes produced.

He also positioned himself as the second choice of the two hardcore social conservatives on the leadership ballot – Derek Sloan and Leslyn Lewis – and was rewarded with many of their anti-abortion, anti-gay-marriage votes when they dropped off the ballot after the first and second rounds.

And he came out firmly against the Liberal government’s carbon tax, which was a purity test for many party members.

Within a day of winning the leadership on Aug. 24, 2020, Mr. O’Toole started softening those commitments. “I have a track record of always voting in favour of rights, whether it’s the rights of women, with respect to choice, whether it’s the LGBT community,” he said at his first news conference as leader.

He subsequently came out in favour of a sort-of carbon tax, did a backflip on his promise to undo a ban on semi-automatic rifles, and pledged to bring in a national proof-of-vaccine system, after first saying he wouldn’t.

Had Mr. O’Toole not “betrayed” the base that made him leader, he would have had to run an election campaign calling for: the end of carbon taxes, which 56 per cent of Canadians support; legislation limiting abortion, in a country where 77 per cent support abortion rights; rolling back gun controls favoured by a majority of Canadians; and no vaccine passports, when 70 per cent of Canadians are in favour of them.

The problem is that, to become leader, Mr. O’Toole had to appeal to a tiny and not particularly representative group. He became leader thanks to the votes of fewer than 91,000 paid-up party members – about one-third of 1 per cent of the Canadian electorate. But to become prime minister, one has to win over a third or more of the entire electorate. And more than 99 per cent of them are not Conservative Party members.

He was put in the position of having to choose between remaining true to the narrow and often crankish interests of the party diehards who made him leader, or putting forward a platform with a chance of appealing to the millions of voters needed to make him PM.

If the party forces out Mr. O’Toole but doesn’t find a way to let a broader swath of the population choose its next leader, it is likely to find itself in the same boat in the next election. 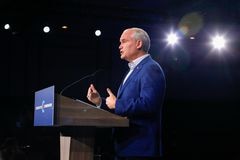 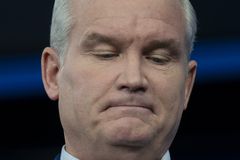 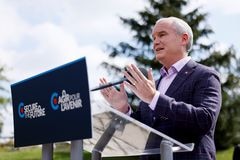