For those of us who know that Canada must tread a middle path, pursuing both resource development and emissions reductions, marked by an oil and gas sector that remains viable by becoming progressively cleaner, the past few days have been trying. The latest blow comes from the Alberta Court of Appeal. On Monday, it ruled that the federal legislation limiting carbon emissions and imposing carbon pricing is unconstitutional.

This is the third court to have examined the federal plan; appeals courts in Saskatchewan and Ontario earlier ruled in its favour. A total of 15 eminent jurists on three benches have now weighed in, and they are almost perfectly split: Eight sided with Ottawa, and seven backed the dissenting provinces.

The question now heads to the Supreme Court.

If Ottawa does not have the power to regulate greenhouse gas emissions, and to give effect to that regulation through taxes or other mechanisms, then Canada will not have common, national limits on the output of carbon. It will be up to the provinces to do as much, or as little, as they wish.

Unless you’re a climate-change denier, it’s obvious that a leave-it-to-the-provinces approach can’t be the right one.

According to the 1867 Constitution, as interpreted and fleshed out over more than 150 years by the Supreme Court, and before it by the British Judicial Committee of the Privy Council, there are many areas of exclusive provincial jurisdiction. That gives each province the constitutional power to legislate and act, independent of the federal government and other provinces. Within these domains, a province has the power to make its own choices and choose its own rules.

Federalism’s respect of local differences has helped to keep Canada together. And it’s done so without harming the country, because there are all sorts of areas of government, law and policy that don’t have to be consistent from coast to coast. Different choices, from province to province, are just fine. It doesn’t affect the people of British Columbia if Quebec uses a unique system of civil law. The choices made by one province stay in that province.

But if there is anything that doesn’t fit into a model of provinces choosing for themselves, and living with the consequences, it’s greenhouse gas emissions. Pollution doesn’t respect borders. Decisions about what’s allowed to go into the air in one province determine what’s in the air in the other provinces. When it comes to carbon emissions, each province’s choices have an impact on the environment and the economy of every other province.

The tragedy of the commons is how economists describe what happens when a shared resource is open for everyone to use, and abuse. It refers to medieval pastures where anyone was free to graze animals; without some shared limits on who grazed and how much, the resource risked overuse and exhaustion.

The Earth’s atmosphere is like that, and so are Canada’s commitments to limit certain emissions, including carbon. There may be 10 provinces and three territories, each a distinct jurisdiction with independent powers, but when it comes to the air, they’re all grazing in the same commons. The British North America Act posits hermetically sealed bits of geography; atmospheric science doesn’t.

For Canada, a country whose prosperity is dependent on natural resources, the middle way is the only way.

At one end of the spectrum, there are those who reject the idea of working to gradually lower the oil and gas industry’s carbon intensity and emissions, and instead want to shut the sector down, preferably yesterday. But at the other extreme, there are those who hope that the oil patch’s future lies in simply ignoring international and national concerns, and avoiding measures to lower emissions.

Both approaches are fantasies. And similar to the coronavirus, both are very much in the air. 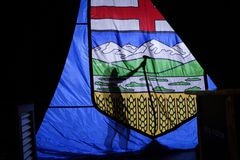 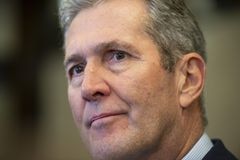