Coronavirus information
The Zero Canada Project provides resources to help you manage your health, your finances and your family life as Canada reopens.
Visit the hub
The Editorial Board
Published September 10, 2020 Updated September 10, 2020
Comments
Text Size
Please log in to listen to this story. Also available in French and Mandarin. Log In Create Free Account

Mass transit in Canada, and around the world, is in trouble. A big reason is that people are scared.

The fear is understandable – after all, closed, crowded spaces are exactly what everyone has been told to avoid. That’s one reason it will takes months, if not years, for ridership to bounce back.

Between now and then, governments will have to ensure transit remains safe and service frequent, and that plans to expand public transit systems remain on track. Why? Because neither the pandemic, nor the pandemic-induced crash in transit ridership, is permanent.

Fear of transit was instilled early in the pandemic. In hard-hit New York, political leaders at first warned against the subway and transit altogether. A flawed study from an economics professor in April declared that New York subways had “seeded the massive coronavirus epidemic” there. It got a lot of attention, even though its methods and conclusions were found to be lacking.

By the time better studies arrived, the fear of getting the virus on public transit was deeply lodged. In Paris, only 1 per cent of clusters originated on transit from early May through mid-July. In Austria, transit in April and May produced no clusters. Ridership in most cities fell anyways, as much of the economy closed down during the spring.

Populous Asian cities may offer positive news. In Hong Kong, where ridership fell less than elsewhere, total cases in the city remained relatively low. It was the same story in Tokyo and Seoul. That suggests riders on some of the world’s busiest transit systems did not propel the spread of virus. It makes sense, since riders were masked and unlike locations such as bars, nobody’s there to socialize.

But for a lot of North Americans, the fear of public transit remains. A recent Statistics Canada analysis clearly shows Canadians who regularly used transit before the pandemic are scared. In a survey conducted in June, and released last month, Statscan found that almost everyone who worried about going back to work said transit was part of their concerns. Even among people who felt fine about heading back to work, three-quarters were concerned about using transit.

That’s likely why the pandemic hit ridership on transit much harder than car traffic on the roads. Even as the economy began to reopen, ridership in June was still down 75 per cent compared with prepandemic. In recent days, transit ridership is estimated to be below normal by between 52 and 62 per cent in Vancouver, Calgary, Toronto and Montreal.

A central factor is that many formerly regular straphangers have options. Many of those who worked in offices downtown are now working from home, a trend that will extend into 2021. Others ditched the bus for their car.

Transit is in a deep recession, and this is eating into the budgets of Canada’s biggest cities. Ottawa offered up $1.8-billion in July. Government money is key to get through this bleak period. Long-term service cuts must be avoided, because lousy service will equal even fewer riders.

The good news is that the fall of 2020 is not where Canada will be in 2025, or 2055. The country still needs long-term plans to build more mass transit for a growing population, to tackle climate change and to prevent our cities from drowning in traffic.

Some jurisdictions are thinking ahead. British Columbia this month announced the builders of Vancouver’s Broadway Subway. The $1.7-billion project is to open in 2025, as previously planned. In Ontario, the provincial government passed legislation in July that will see residential density built up around new stations, including the Ontario Line subway. But in Alberta, the provincial government is dallying on long-promised funding for the $4.9-billion Green Line LRT in Calgary, which had been approved in June.

Transit and political leaders have made smart decisions on safety, from requiring masks to regular cleaning of vehicles. With the pandemic far from over, it is inevitable that there will be more struggles ahead for transit ridership. Transit, unlike the stock market, has not enjoyed a V-shaped recovery.

When thinking about the future of Canada’s cities, political leaders have to look beyond the current pandemic. The danger is that today’s lower transit ridership numbers will spark service cuts, leading to more ridership declines, thereby derailing plans for new construction – and locking in lower ridership for decades to come. That kind of transit contagion would be a disaster. 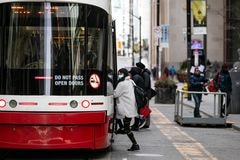 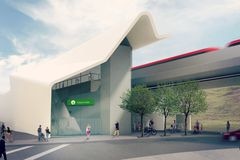 Should public transit be free? The cost will be higher than you think
March 6, 2020 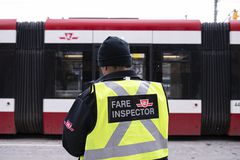