California is a reliably blue state. It has voted for the Democratic Party presidential candidate in every election for the past three decades. This year, Joe Biden finished 5.1 million votes and 30 percentage points ahead of Donald Trump – the biggest margin of victory in the state since Franklin Roosevelt in 1936.

But on the same ballot where Californians overwhelmingly chose Mr. Biden, they also voted to exempt several giants of the gig economy from a state law that had recently given their workers access to traditional labour rights and working conditions.

Uber, DoorDash, Lyft, Instacart and Postmates together spent US$204-million to persuade California voters to approve a ballot measure called Proposition 22. The tech companies outspent their union opponents by 10 to one, and were rewarded with 58.6 per cent of the vote.

Uber and others have long battled against attempts to regulate their services, notably how they treat and pay their drivers. The latest fight was the biggest, coming down to a question at the heart of the gig economy: Are the workers independent contractors, or employees?

And is the industry’s secret sauce technology – or its ability to use technology to sidestep long-standing labour rules?

Uber and others have always insisted that their workers should be considered contractors, not employees. Contractors are not entitled to basic worker protections, from minimum wage and overtime to rest breaks and benefits.

Uber went so far as to argue that it is only a technology company, with drivers tangential to its business. To the average person, it sounds ridiculous: There is no Uber without drivers. State legislators in California agreed. Following a court decision, legislators passed a bill that came into force at the start of this year. It codified rules around employees and contractors – and the new law appeared to mean that Uber drivers and other gig economy workers were to be treated as employees.

Uber and its allies, having lost in court and the legislature, turned to the court of public opinion. In Proposition 22, a measure on ballots across the state, they asked voters to exempt app-based transportation and delivery services from having to provide employee benefits to drivers. They managed to convince voters that if they had to make their workers employees, the change would actually hurt workers, discourage part-time work, destroy hundreds of thousands of jobs and put the industry in peril. All of those claims are, at best, highly questionable.

The result is not good news for gig workers in California, and it sets a bad precedent for the rest of the continent. Low-skill and low-income people face significant challenges in the new economy. App-based ride and delivery services are wonderful technological innovations, but there is no reason why progress need be accompanied by backward steps, such as opening the door to below-minimum wages.

The fight over this issue is just getting started. President-elect Biden opposed Proposition 22 and his platform promises gig economy workers “the legal benefits and protections they deserve.” In Canada, there are also promises to do something about the legal loopholes surrounding gig work, but governments have yet to act.

The federal Liberals last year promised “greater labour protections” for gig workers, but made no mention of that in the recent Throne Speech. Instead, the government talked about expanding Employment Insurance to such workers. That’s welcome, but it misses the core issue of Proposition 22.

British Columbia may have answers. In the NDP’s successful fall election campaign, it promised “greater security and stability” for contract and gig workers. This includes tailoring new employment standards to fit the gig economy, ensuring gig workers can join unions, developing a government-backed benefit fund and expanding pension options. The approach runs along the lines of a 2018 review of B.C.’s Employment Standards Act, which suggested protections for gig workers could be better developed apart from traditional labour laws.

For millions of low-income Americans and Canadians, life is precarious. The gig economy, or at least a gig economy where employers are able to claim that they are not employers, threatens to make things worse, by delivering flexibility for consumers at the price of insecurity for workers. It doesn’t have to be that way. 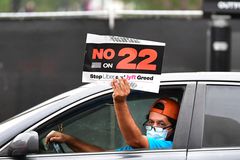 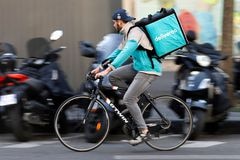