For those who take in their Canadian politics by headline and tweet, it would be easy to believe the Conservative Party was undergoing a metamorphosis.

Critics on the left and right alike assure us the Tories have gone over to the dark side.

The libertarian gadfly Maxime Bernier quit their caucus with a bruising speech calling the Conservatives "intellectually and morally corrupt.”

These views are broadly in line with two growing schools of thought that say, on the one hand, the Conservatives under Andrew Scheer have become centrist sell-outs with no real principles, and on the other hand that they are sliding towards Trumpist race-baiting populism.

The Conservative Party convention showed that these concerns are overblown, if not downright wrong. Mr. Scheer rallied a party in Halifax that talked and behaved like a conventional party of the centre-right, neither mushy on economics nor fire-breathing on immigration.

Of course the Conservatives have their hypocrisies and excesses, like any party. Mr. Scheer’s steadfast support for supply management in the dairy and poultry sectors is incoherent for a free-market party. (He also risks looking foolish if Canada agrees to open the dairy market to save NAFTA.)

And delegate support for ending birthright citizenship is worrying. Many developed countries have a less permissive policy towards the children of visitors than Canada’s, so changing it would hardly be monstrous, but the Conservatives have not proven that the move is necessary.

Even so, the idea that the Conservatives are going the way of race-baiting populists in the United States and Europe doesn’t stand up to scrutiny. In his convention speech, Mr. Scheer lauded Canada’s history of welcoming immigrants and fostering cultural diversity, even while crediting Canada’s tradition of freedom for those achievements.

Yes, he continued to attack the Liberals for the surge of asylum seekers entering Canada, but he did so in part by appealing to the unfairness of processing claims from people fleeing upstate New York while refugees languish in camps overseas. It’s a far cry from Donald Trump’s blood libels against Mexican "rapists.”

Mr. Scheer is a poor excuse for a demagogue-in-waiting, in any case. The apple-cheeked father of five is never going to be the man to turn his party towards blood and soil nativism. In fact, if we credit one poll showing nearly three-quarters of Conservative supporters believe there are too many non-white immigrants coming to Canada, he may be doing an underrated job of staving off such a shift.

What about Mr. Bernier’s almost inverse critique of the party, which accuses it of not being conservative enough?

Well, if by conservatism he means an ivory-tower commitment to free markets that would strip Canadian companies of all government subsidy in a global marketplace awash in the same, he’s right that the Conservatives demur.

What the party under Stephen Harper and Mr. Scheer has shown instead is a commitment to a liberal economy and to limited government that prioritizes low taxes, competitiveness and cost-of-living issues. If that’s not thrilling to ideologues like Mr. Bernier, it is no less conservative for it.

Look at Mr. Scheer’s economic agenda. He excoriates the Liberal carbon tax at every opportunity. He attacks Mr. Trudeau for budget deficits that are bigger and more enduring than promised, and speaks in bracing terms about the cost to future generations of runaway debt. He stands foursquare behind the benefits of NAFTA while other right-wing parties tip into protectionism.

These views are exactly what you would expect the leader of a conservative party in Canada to espouse. The same could be said for the Tories’ current stance on immigration.

If there is a complaint to make about the Scheer Tories, it is that they don’t seem to be able to seize the moment in the face of Mr. Trudeau’s stumbles on the Trans Mountain pipeline, or to convince anyone they have a solution to the asylum-seeker issue. They are not leading the debate.

But take what they’re offering or leave it. Just don’t believe the hyperbole: The Conservatives have neither sold their soul nor lost their senses. 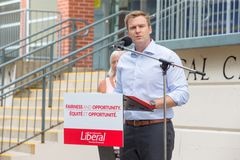 Trudeau’s troubles mount with the next election just 13 months away
September 2, 2018 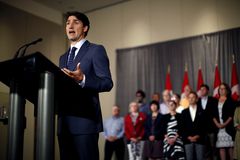 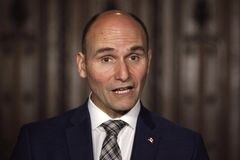