Ontario Premier Doug Ford made few specific promises when he campaigned for office last year, and those he did make tended to stick to the conservative playbook: lower taxes, cheaper gas and the end of carbon-pricing. He also, though, ventured into the murky political waters of social issues.

He vowed to make public schools revert to an older, preinternet sex-education curriculum and stop teaching an updated version – a regressive move he has since made.

He also said he would “protect free speech” on university campuses by cutting the operating grants of any university or college that failed to show an adequate tolerance for “a wide rage of political, social and religious viewpoints.”

That, too, is now a promise kept. As of the beginning of this year, each Ontario college and university must have in place a free-speech policy based on the University of Chicago Statement on Principles of Free Expression.

The schools are required to submit their policies for review to the Higher Education Quality Council of Ontario (HEQCO), an independent agency that advises the government on postsecondary issues such as access and outcomes. HEQCO must in turn report to the government; if a school fails to live up to its obligations, its funding may be cut "proportional to the severity of non-compliance.”

Schools must also discipline students who violate the policy, giving as an example “ongoing disruptive protesting that significantly interferes with the ability of an event to proceed.” And schools will be asked to “consider official student groups' compliance with the policy as a condition for ongoing financial support or recognition.”

A lot of this looks like window-dressing. It seems unlikely that HEQCO, which is basically a government-funded academic think tank, would ever advise the government to slash the operating grants of an academic institution because rowdy students caused a speech to be cancelled.

It is also reasonable to argue there is no need for the government to step in to protect free speech on campuses. There have been regrettable incidents in recent years in which protestors have forced the cancellation of a speech or event. But there is no wholesale crisis of speech suppression on campus.

So yes, Mr. Ford’s free-speech policy is a sop to PC voters who believe that left-wing political correctness has stifled conservative voices. And yes, it is largely a symbolic act.

But for all that, it’s probably a good thing. The policy, and its embrace of the liberal idea of free speech, could wind up having a beneficial effect on higher education in Ontario.

The University of Chicago Statement on Principles of Free Expression is a widely admired document. A group at Queen’s University in Kingston tried unsuccessfully last year to get the administration to adopt it; a number of American schools have already done so.

The statement is unequivocal in its defence of free inquiry. It rejects the idea that hearing an idea you disagree with, or knowing that others might be hearing such ideas in a class or in a meeting room somewhere on campus, can ever be treated as a form of “harm" from which students at a university should be protected.

“Concerns about civility and mutual respect can never be used as a justification for closing off discussion of ideas, however offensive or disagreeable those ideas may be to some members of our community,” it says. Students "may not obstruct, disrupt, or otherwise interfere with the freedom of others to express views they reject or even loathe.”

At the same time, the Chicago statement reiterates the right of schools to restrict speech that violates hate laws, is defamatory, is harassment or constitutes an actual threat. It also reasserts a school’s right to control the time and place of a speech or a protest, to prevent disruptions.

Such a policy will not prevent students or academics from protesting against speakers or ideas they disagree with. If anything, it encourages peaceful protest – one of the most important types of free speech.

What adopting the Chicago principles will do is remind university administrators, and those they govern, that “the proper response to ideas they find offensive, unwarranted and dangerous is not interference, obstruction, or suppression. It is, instead, to engage in robust counter-speech that challenges the merits of those ideas and exposes them for what they are.”

Ontario aiming to have its Toronto subway takeover bill ready this spring
January 10, 2019 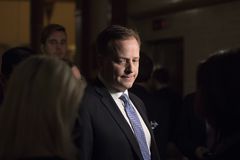 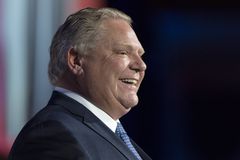