Donald Trump covered himself in disgrace on Monday, giving another surreal and disturbing performance on the world stage that should fill lovers of peace and democracy with dread.

A familiar charge, maybe. But Mr. Trump’s performance alongside Vladimir Putin in Helsinki was a new low for this uniquely awful American president, and deepened once-unthinkable questions about the nature of his relationship with the Russian state.

The mere fact that Mr. Trump and Mr. Putin met Monday, in the way they did, should raise alarms. It was a summit between the leader of the free world and the world’s leading propagandist for unfreedom, conducted without an agenda or apparent impetus, scheduled abruptly and with little planning for an encounter this sensitive, held behind closed doors with only translators present for a reported two hours, mere days after the U.S. Justice Department indicted 12 Russian operatives for hacking the Democratic Party during the past presidential campaign.

The simple fact of the meeting was a coup for Mr. Putin. Even so, Mr. Trump seemed intent to heap advantage on Kremlin advantage in recent days, haranguing NATO allies over defence spending and calling the European Union a “foe” in an interview, then blaming strained Russo-American relations not on Moscow’s thuggishness around the world and at home, but on “years of U.S. foolishness and stupidity” and the “witch hunt” into Russian election meddling.

As the leaders took questions in a joint news conference, Mr. Trump compounded his humiliation many times over. Asked about Russian interference during the 2016 election campaign, America’s commander-in-chief attacked only the FBI and the investigation of special counsel Robert Mueller.

Given another chance to confront Mr. Putin about the source of tensions between their countries, Mr. Trump again dodged and kowtowed, saying the United States and Russia had been “foolish” but neglecting to mention the litany of Russian outrages that have made the country a global pariah in recent years.

A performance this craven and anti-American is hardly out of the ordinary for Mr. Trump when Russia is involved, but the President’s comprehensive failure to stand up for U.S. interests while standing next to one of its main antagonists still manages to stun.

Yes, the world wants the United States and Russia to “get along,” as Mr. Trump says – but not at the cost of acquiescence to every Russian goal and position, and not if it means a weak Washington and a resurgent Moscow.

There may still be not-exactly-innocent, but at least not treasonous, explanations for Mr. Trump’s stance toward Russia. He may simply be naive and think truckling to Mr. Putin is the price of world peace. His pride may have been so deeply wounded by suggestions that his election was tainted by Russian interference that he wants to believe that Russians aren’t the meddling type. He may just be temperamentally drawn to strongmen, from Turkey’s Erdogan to Duterte of the Philippines, and see Mr. Putin as another sympathetic autocrat. Maybe the U.S. President is guilty of nothing worse than terrible judgment and having a colossal ego.

Unfortunately, those scenarios may be wishful thinking. None of the above accounts for the uncanny way Mr. Trump’s moves have mirrored the priorities of the Russian government – from sowing discord within NATO and the EU, to reportedly blocking sanctions against the Kremlin for its enormities in Syria, to muddying the waters about Moscow’s ongoing campaign to undermine Western elections.

Nor do they account for the spider’s web of weird connections between Mr. Trump and Russia, from his dependence on Russian financing during a dubious phase of his career as a businessman, to the hidden contacts between his campaign team and Russian nationals, to coincidences of timing between his moves as a presidential candidate and the moves of state-sponsored Russian hacks against his opponent.

We hope the darkest speculation about Mr. Trump and Russia proves false, and that he is not acting at the country’s behest because he has somehow been compromised. The Manchurian Candidate theory is far from proven and still seems outlandish in some ways.

But looked at another way, if the darkest speculation were true, you would expect Mr. Trump to act roughly the way he did in Helsinki.

Opinion
Whatever their differences, Putin and Trump share an ideology
July 13, 2018 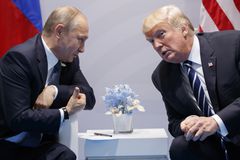 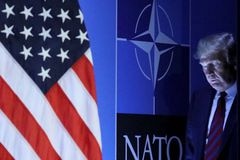 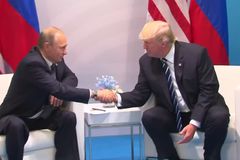