Let’s say you’re in your early 60s. You’re in good health, your savings are reasonably robust and you have a job you enjoy. Retirement holds an allure – after all, you’ve been working some four decades – but you’re not ready to go from five days a week to zero. Instead of going cold turkey, and outright quitting your job, the idea of gearing down is intriguing. You can see yourself working, say, Mondays, Tuesdays and Wednesdays, with summers off, until your later 60s or even into your early 70s.

It sounds like a win-win-win: You ease into semi-retirement; your employer hangs onto your talents; and Canada gets an economic boost.

If you like that plan, you are not alone. Three out of four baby boomers – aged 54 through 72 – said they’d go for a flexible working life – “semi-retire” – if it was on offer, according to a new survey of Canadians by The Harris Poll for Express Employment Professionals, a staffing firm. But only about one in three of those surveyed said their employer provided such an option.

The retirement system that exists today is still partly stuck in the past – from the rules around how pensions are structured to the bigger issue of employers that systematically lean away from older workers.

That many older employees are up for more work is no surprise. In a 2011 paper by professors David Foot of the University of Toronto and Rosemary Venne of the University of Saskatchewan, they noted research that showed “little dispute” that older workers “often desire transitional or partial retirement.” Those mostly likely to want to work longer are Canada’s most educated and productive – namely, people with university degrees.

There is no logic in forcing people to stay in the labour force – but there are good reasons to encourage it. As the baby boomers age, the work force participation rate has topped out and is slowly declining. Among older workers, Canada’s rate is considerably lower than some countries.

Canada’s economic good fortune after the Second World War was “fueled largely by growth in labour force participation rates,” according to a 2017 report from the federal Advisory Council on Economic Growth.

The federal growth council cited various groups of Canadians where more workers can be found. But the group that, due to its enormous size, could provide the largest boost to Canada’s economy is workers between the ages of 55 and 69. Canada’s labour-force participation rate for this group is just 54 per cent, according to the council. If that rose to 62 per cent – matching countries such as Sweden, the United States and New Zealand – Canada’s GDP would jump by 2.8 per cent.

So if most older Canadians want to work, and Canada would benefit from them doing so, why isn’t this happening? Part of the problem is that workplaces and employers are not kind to older workers. Research cited by Prof. Foot and Prof. Venne is disheartening. They found that “age discrimination is the most socially accepted form of prejudice” and “some view age discrimination as a sound business practice.” Age discrimination appears to be pervasive.

Companies have to step up – and smarter ones will move quickly, as competition for labour intensifies amid low unemployment. The best companies will need to be creative and flexible, making room for the 68-year-old who can generate valuable contributions during a shorter workweek.

Rules around pensions, public and private, are important, too. Some government programs have built-in disincentives against working longer. Take the Canada Pension Plan. The baseline retirement age is 65, and for each month a person delays taking CPP, up until the age of 70, there’s a pension increase. That’s a mild incentive to remaining in the work force, and it could be made stronger. However, there’s no CPP bonus for waiting past 70.

Ottawa enshrined 65 as the retirement milestone half a century ago, when the federal government introduced the CPP and lowered the age for receiving Old Age Security to 65 from 70. The challenge then was senior poverty, which was high. Ottawa’s measures worked: Senior poverty dropped.

Times have changed, and so have the most pressing public-policy needs. In the 1960s, a person’s average life expectancy was barely more than 70; it’s now a decade longer. That’s why it’s time to rethink age and the workplace.

Globe editorial: It’s too late for major new ideas to change how next year’s election will work
August 20, 2018 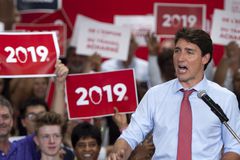 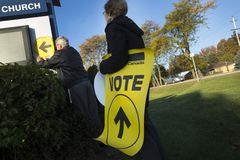 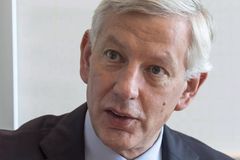