If you listened only to the Ford government, you’d be left with the impression that the Ontario public lacks confidence in the police because of a law whose provisions never came into effect.

“Bill 175 was the most anti-police piece of legislation in Canadian history,” Sylvia Jones, Minister of Community Safety and Correctional Services, said this week. “It was a disaster. It actively undermined policing efforts. And it undermined public confidence and trust in the work police do.”

Bill 175, passed in early 2018 by the Liberal government of Kathleen Wynne, didn’t “actively” do anything at all, because the Progressive Conservative Party took power three months after it was enacted and stopped it from coming into force.

Premier Doug Ford had barely been sworn in last July when he let it be known that he shared police union concerns about the bill’s expanded powers for the Special Investigations Unit, an independent body that looks into police interactions in which a civilian is killed or seriously injured, and into allegations of sexual assault by an officer. His government put the law on hold.

Then, last December, the Ford government quietly revoked the proclamation of Bill 175.

But sure, it was the Liberal Law That Never Was that undermined confidence in the police and exposed officers to “suspicion and scorn,” as Ms. Jones claimed on Tuesday.

Not the shooting of Sammy Yatim. Or the racial profiling behind the carding that targeted so many innocent black men in Toronto. Or the excessive use of force by police during the G20 in Toronto.

And it has nothing to do with the fact that it is next to impossible to fire a bad police officer in Ontario.

Nope, confidence in the police, according to the Ford government, was undermined by a stillborn law that never got to impose steep fines on officers who refused to co-operate with the SIU, and never made it slightly easier to fire them for misconduct or incompetence.

And so, the Ford government has now tabled the Comprehensive Ontario Police Services Act – yes, the COPS Act. The government is pitching it as a radical overhaul of Liberal police oversight, to make it more fair to police. Spoiler alert: It’s mostly not.

And the new legislation also raises the evidentiary bar for dismissing an officer. Bill 175 set the bar at a “balance of probabilities” that an officer committed misconduct or acted incompetently. The COPS bill raises that to “clear and compelling evidence.”

But other than responding to a couple of union beefs, the COPS law is a continuation of Bill 175. For all the rhetoric about the terribleness of the Liberal reform, the Ford government’s proposal is largely a rebranding of Bill 175 as police-friendly legislation.

The new legislation retains the existing police-complaints body – the Office of the Independent Police Review Director – under a new name – the Law Enforcement Complaints Agency. The COPS bill also appears to maintain the body’s independence and investigative powers.

The Tories are making a big deal of the fact the law will require the SIU to try to complete investigations of police in 120 days, thereby reducing the time officers are “under suspicion.” But that deadline isn’t binding. The SIU would still be able to investigate for as long as it takes to do the job properly.

The proposed law does appear to contain one common-sense improvement. Under the current equation for triggering the SIU – police officer + dead or injured civilian = investigation – an officer who arrives first at the scene of a suicide, or who tries to revive a mortally injured civilian but fails, is automatically subject to an investigation. The new rules will allow the SIU to forgo such unnecessary efforts, when justified.

Over all, though, the COPS law is not better than what it replaces. But neither is it the undoing of what has long been one of Canada’s better police-oversight regimes.

What it really amounts to is a message from Mr. Ford that he is tilting a perceived imbalance back in favour of the police. Whether you agree depends on whether you think cops in Ontario were unfairly treated in the first place. 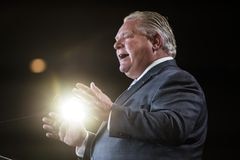 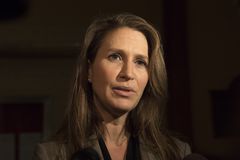