Many city-dwellers, blessed with decent mass-transit options, think of coach buses as a low-cost travel option, the kind of thing they might have used in university.

Plenty of rural Canadians, however, think of buses as a lifeline. For those living in remote areas without a car, intercity buses are their version of public transit, shuttling folks to family gatherings and hospital visits.

That’s what makes the decision by Greyhound to pull out of the western half of Canada much more than a business story.

Earlier this week, the firm announced that, because of declining ridership, it is eliminating all of its routes west of Sudbury, save for one between Vancouver and Seattle, by the end of October.

This will leave much of Northern Ontario and Western Canada with little or no bus service. That’s a serious problem that governments will have no choice but to address.

Concerns about Greyhound’s ability to serve Canada’s vast northwest are not new. The company had threatened to pull out of passenger transport in Manitoba, Northwestern Ontario and Northern B.C. in recent years. Ridership, never heavy in many parts of the country, is down 41 per cent across the board since 2010, Greyhound says.

The economics of coach bus service are not getting any better, either. Widespread car ownership, relatively low gas prices and the democratization of air travel, the same forces that have been undercutting the business model of Greyhound and its competitors for decades, will continue to make intercity buses a marginal option for most Canadians.

Our dilemma is that while not enough people travel by coach to support a viable business in many areas, those who do depend on it. And those who depend on it tend to be more socially vulnerable than the population at large. Greyhound rider surveys in the United States have found its passengers are likelier to be low-income, elderly, female and non-white.

Anecdotally, the same holds true for Canada. Many First Nations communities depend heavily on coach buses. As the Mi’kmaq lawyer Pam Palmater wrote in Maclean’s magazine recently, the end of Greyhound service in Western Canada would be a “public safety crisis” for Indigenous people, many of whom depend on Greyhound to get safely to and from medical appointments and other government supports clustered in cities.

Yes, a couple of bus firms have proposed taking over some of Greyhound’s abandoned routes come October. And app-enabled ridesharing services may yet enter the fray, at least in places that have internet connectivity.

But governments at every level should be preparing for the possibility that these upstarts will have the same luck operating in the region’s remotest areas as North America’s industry leader had.

In that case, the affected provinces should look at a range of free-market and public-sector solutions to the looming transit gap. One idea recently mooted in a report on the subject by the Ontario government is to bring smaller vehicles such as minivans into the regulatory fold so that they can safely and legally transport passengers on routes too thinly trafficked to justify coach service.

Governments could also try combining postal delivery, school busing and intercity transit to save on costs. As the Simon Fraser University urban studies professor Anthony Perl points out, Switzerland’s “PostBus” system did this for generations in Alpine outposts.

But until such clever, nimble solutions can be found – and wherever they can’t be – governments will have to consider doing the straightforward, expensive thing and subsidize bus routes, or even take them over wholly.

Last year, for example, B.C. began running regular buses on the so-called Highway of Tears, a historically perilous stretch for female Indigenous hitchhikers that no private firm ever saw as a moneymaker. The province may have to expand such service to other remote, vulnerable communities.

A public good that cannot be reliably provided by the private sector is a decent threshold for government intervention. We may be nearing that threshold for intercity bus service in Western Canada. Governments should be ready to get creative – or get generous. 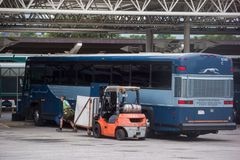 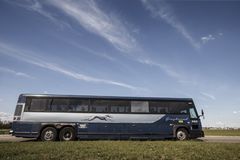