If anyone wonders what Canada would have looked like in the aftermath of a Yes vote in one of Quebec’s two referendums on independence, they only need to glance at the United Kingdom today. It is Canada’s nightmare come to life: One isolated political leader desperately trying to salvage some of the benefits of remaining united, while battling a group of leavers who think a referendum calling for a leap of faith into uncharted territory, and won with a bare majority of 51.9 per cent, relinquishes them of any responsibility to compromise on the terms of departure.

The absolutism on the part of those who campaigned for the promised land of Brexit is not the end of the story, either. Far from it. Britain’s beleaguered Prime Minister, Theresa May, who reached a divorce deal with the European Union on Sunday that Parliament will either endorse or reject on Dec. 11, also faces unyielding opposition from pro-Remain MPs, not to mention from a growing number of Brits who voted to leave the EU in 2016 but now aren’t so sure they made a smart choice.

Ms. May and the EU insist the deal is the only one available. One pro-Brexit MP likened it to a choice between “vassalage or chaos.” Chaos at this point seems the more likely outcome, as there appears to be little chance the Parliament will endorse the deal. The U.K. is poised to walk out of the EU on March 29 and step into a political and economic void.

The chaos would be spectacular. Ms. May’s government would no doubt collapse, while tens of thousands of Brits living in Europe, and Europeans living in the U.K., would need to start packing to return home – a process that has already begun and which is depriving curry houses in London of the cheap Eastern European labour they need to stay open, according to a well-circulated Bloomberg news report.

And all this because of an ill-conceived, non-binding referendum that proposed separation but never gave voters an honest understanding of its consequences.

Long forgotten is the dishonest promise of the Leave side that pulling out of the EU would be painless and set the U.K. on a path to glorious freedom, its coffers stuffed with cash no longer stolen by the greedy and intrusive bureaucrats in Brussels, and its borders secure from unwanted immigrants.

The U.K. today is instead a place of political acrimony and uncertainty, garnished with healthy dollops of anxiety and ruefulness. It’s a fate that Canada narrowly avoided. Britain’s turmoil shows us how lucky we were not to lose a politically charged and emotional referendum settled by a majority of 50 per cent plus one.

The least bad outcome for the U.K. now would be for Parliament to endorse Ms. May’s deal. It preserves in the short term what people most want and need – the ability to live and work on the continent, and to keep valued foreign employees – while giving businesses time to adjust to a new reality. It also keeps the border open between Ireland and Northern Ireland, a critical consideration.

The tradeoff is that the U.K. would be subject to EU laws during the transition period, which runs to the end of 2020 and can be extended to 2022, while losing its vote in EU institutions. It would also have to pay a settlement estimated to be close to £40-billion.

It’s a necessary compromise. It largely accomplishes Brexit but also lets the U.K. and the EU keep talking. It is certainly far better than the chaotic alternative. It’s also fair to assume that U.K. negotiators will never have the same leverage again.

More than anything else, endorsing the deal would buy time. One of the lessons of Canada’s experience is that people and politics evolve. Quebec’s independence movement hit its angry peak in 1995, when the country was almost lost in a referendum, but today separation is a political non-starter. There is value and wisdom in letting heated politics play themselves out over time.

What the U.K. really ought to do, though, is hold a second referendum. The government should ask its citizens if they still want Brexit, now that they’ve seen the terms, or if they’d rather stick with the status quo.

That would be a far more democratic and honest approach than the original Brexit referendum, or either of the two Canadian referendums, for that matter. This game of asking people if they want out, without deigning to show them what they’re getting into, is a recipe for chaos and bitterness. Just ask the Brits. 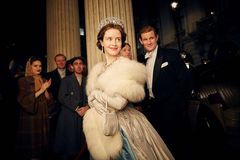 Britain will head into unknown if Brexit deal is rejected: May
Subscriber content
November 26, 2018 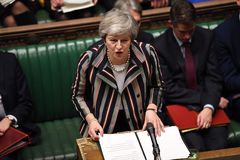 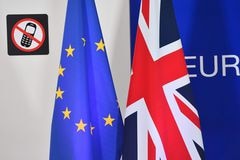