Maybe being Premier will change him.

If it sounded like wishful thinking at the time, the glass-half-full crowd has been able to claim partial vindication: Mr. Ford has run what is in some ways a conventional conservative government. On policy, the populism and rogue energy that was supposed to have set him apart on the Canadian right has so far been confined to gestures like lowering the minimum price of beer. On the issues, Mr. Ford has often been closer to the conservatism of Stephen Harper than to that of Donald Trump.

It’s too early, however, to count out the pessimists – those who predicted that Mr. Ford’s Trumpian streak would stay with him at Queen’s Park. Last week produced the most glaring evidence yet that the naysayers were right.

The appointment of Ford family friend Ron Taverner as head of the Ontario Provincial Police has been treated by critics as a nepotism scandal. If that was all it was, it would be bad enough: The 72-year-old Toronto police superintendent has spent much of his career in Mr. Ford’s native Etobicoke, and looks to be a long way from the most qualified person to run the second-biggest police force in Canada.

What’s more, Mr. Taverner is the Premier’s buddy. The pair are occasional breakfast companions, recently went to an NHL game in Chicago, and have spent time at Mr. Ford’s cottage at a charity event.

And this week came evidence that the government hastily rewrote the terms of reference for the job – thereby allowing Mr. Taverner to apply. This would look bad enough if he was being handed the role of dog catcher: the appearance of cronyism is always corrosive to public trust in government, no matter how small the spoils.

But the OPP is the provincial police, and it investigates alleged misdeeds by provincial officials, including those in the Premier’s office. That responsibility has just been given to a long-time Ford friend. The appearance of independence is shot, as long as Mr. Ford and Mr. Taverner are both in office.

That’s a grave problem. On Tuesday, Mr. Ford claimed he had nothing to do with the hiring, but imagine if a hand-picked friend of Dalton McGuinty had been running the investigation into the gas-plants scandal that culminated in the jailing of his former chief of staff. It would have been rightly seen as a crisis for the rule of law.

The Taverner appointment is the latest in a series of moves by the Ford government that show contempt for rules designed to protect the public from government, and government from its own worst impulses.

Here is a Premier whose chief of staff, Dean French, reportedly tried to order police, who are independent of the government of the day, to raid weed dispensaries and arrest their employees on the day cannabis was legalized, a move resisted by political aides as “police state” behavior.

It’s the same Premier whose chief of staff reportedly ordered the firing of a political opponent from a provincial utility, Ontario Power Generation (OPG), for no obvious reason other than revenge; and who is now clashing with another independent utility board, at Hydro One, over who will be its future CEO. There’s also the recent sale by OPG, for a remarkably low price, of a significant piece of land on Toronto’s waterfront. The deal has raised suspicions; it was done without consulting the City of Toronto or offering it a chance to bid.

And this is the Premier who changed the composition of Toronto’s council in the middle of an election, without warning or consultation; threatened to invoke the Charter’s notwithstanding clause when the move was briefly struck down by the courts; and suggested the judge was a political partisan. What’s the right size of Toronto city council? That’s up for debate. What’s the proper way to settle that debate? This wasn’t it.

But this is Mr. Ford’s way. When he and his brother were at Toronto City Hall, they personalized decisions and showed little interest in procedures, precedents or rules. That’s how he’s operating at Queen’s Park.

In every press release, the new regime in Ontario refers to itself not as “the government,” but as “Ontario’s Government For The People.” How does governing on gut and whim benefit the people? It doesn’t. 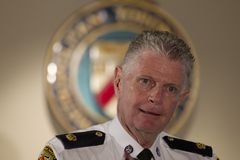