When it comes to guns in Canada, there are two very different takes on their usefulness.

On one side are traditional gun owners for whom firearms have been a part of their lives for generations. They use rifles to hunt, to target shoot, to kill a fox raiding farm livestock or to put down a rabid coyote on their property.

On the other side are people living in cities, and for whom guns are also an established part of their lives, but for a different reason: They are killing their children.

In rural Canada, hunters and farmers use rifles and other long guns for legitimate purposes. In urban Canada, there has been a steady increase in gun violence, one that hit a peak in Toronto in 2018 with 424 shootings, at least 50 of which resulted in deaths. In most cases, handguns were involved.

The majority of the victims in Toronto were young men of colour living in community housing, but in July the violence spilled into a more affluent neighbourhood and briefly woke up the country’s politicians.

A man armed with an illegal handgun randomly opened fire on people enjoying a summer’s evening on the Danforth’s popular bar and restaurant strip, killing two and wounding 13.

In response, the Trudeau government asked Bill Blair, the Minister of Border Security and Organized Crime Reduction, to examine whether the government should ban handguns and so-called “assault weapons.”

The resulting debate has been predictable. Licensed firearm owners fear that new restrictions aimed at urban handgun violence will end up undermining their ability to buy and use the long guns they need and safely enjoy.

But victims of urban handgun violence don’t understand why calls to ban handguns, or at the very least to make them more difficult to acquire, are translated into an attack on the right to own any kind of gun at all.

We don’t understand it either. Hunting rifles and small-calibre “varmint guns” are legitimate firearms for legal ownership. But, as we said last week, semi-automatic rifles that can accommodate large magazines ought to be banned in Canada. The same can be said of handguns. They have no place in a peaceful society.

Handguns are designed to be concealable and deadly. They are semi-automatics; shooters can fire a round with each pull of the trigger without having to manually recock their weapon. They can be legally purchased in Canada with a nine-round magazine, which means they can do a lot of damage quickly, just like a semi-automatic rifle, although without the same accuracy and firepower.

Opinion: Doctors and guns: Bans will not help, but a co-operative approach will

In Canada, handguns have a very limited legal purpose. Canadians are not allowed to buy them for self-defence, and they can’t hunt with them. Handguns are restricted firearms, which means they can only be part of a collection or used for target-shooting.

Despite these restrictions, Canadians own more than 900,000 registered handguns – twice as many as a decade ago. During this period of rapid ownership growth, homicides involving handguns in Toronto, Vancouver and Montreal have also increased. Much of the rise is related to an increase in urban gang violence.

Canada produces few reliable statistics about the provenance of illegal handguns. Police in Toronto say more and more of the weapons seized from gangs were legally purchased and either stolen or illegally sold by the original owner, rather than being smuggled in from the United States. It’s unclear to what extent that’s true.

What is undeniable, though, is that urban Canadians, particularly those in poorer neighbourhoods, are suffering because illegal handguns have become pervasive in their communities.

Guns don’t cause crime, nor do they lead to gang affiliation. But the presence of handguns makes each criminal act – from random robberies to gangs settling scores – more dangerous and deadly.

Banning handguns would not mean the end of murder in Canada’s cities. But there is reason to believe that ending legal access to handguns would reduce the murder rate. At the same time, it would leave long-gun owners and those who want to use other firearms for traditional purposes free to do so. Gun control shouldn’t be an either/or proposition, not when there are people living in fear in their communities. 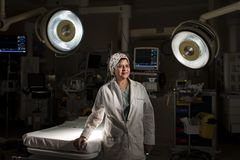 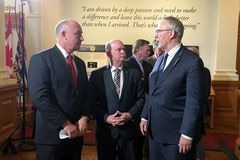