When it comes to data and internet policy in Canada, the most generous way to describe the current regime is as a vacuum.

Our privacy laws are antiquated, the regulatory system is still centred on outdated notions of broadcasting from the few to the many, and our national infrastructure is a messy hodgepodge that is growing without a coherent, encompassing vision.

How to fill this vacuum?

The government of Canada recently announced a national public consultation on “digital and data transformation,” and ideas are already coming from industry types, academics and policy experts. Not all of them are good.

The Canadian Radio-television and Telecommunications Commission, for instance, unveiled a few in a report called Harnessing Change. They mostly miss the mark.

For starters, the broadcast regulator’s centrepiece is an internet tax on, well, everything – sounds, words, images.

That approach is misguided, not to mention dated. As University of Ottawa law professor Michael Geist pointed out last spring, the CRTC is trying to treat new-school tech ills with an old-school cultural-policy salve.

What is needed is an entirely bespoke approach, one that sees the internet for what it is: an essential service, akin to a modern utility.

Today, an internet connection is as central to most people’s lives as power lines, gas mains and municipal water pipes.

According to Statistics Canada, 91 per cent of Canadians aged 15 and older used the internet more than once per month in 2016. Three quarters of us own a smartphone; 80 per cent of us own three or more connected devices.

But while connectivity is seen as one of life’s basic necessities by users, the internet technology sector fancies itself a singular kind of business, qualitatively different from past human endeavours.

There is some truth to that – no other industry in history has made the sum of human knowledge instantly available to billions of people. None has transcended national borders in quite the same way, either.

This culture of exceptionalism has spawned the deeply held fiction that the internet is somehow – and must remain – a pure, post-regulatory environment.

Well, no. Those who wish most ardently for the free flow and availability of data tend to be those who stand to profit most handsomely from the idea.

The early days of the World Wide Web were liberating precisely because they expanded people’s options and broke down old barriers. But today those options are narrowing.

The Harvard legal scholar Lawrence Lessig suggested way back in 1998 that the internet was moving from an “architecture of freedom” to an “architecture of control.” He was right, but the control belongs not to governments, as he and others initially feared, but to companies.

This is true both of the “pipes” and the content that flows through them. Canadians’ options in terms of internet providers are sharply limited and relatively costly. And once Canadians begin surfing, the space is increasingly dominated by Google, Facebook and Amazon.

Those big internet players are monolithic and monopolistic, but they are not subject to anywhere near the kind of oversight reserved for other such industries.

We regulate mining, railways, the oil industry, financial services and agriculture – there are even regulations and laws governing pursuits like the sex trade.

There is no persuasive case for why the internet should be different. Which raises the question of what Canada’s internet regulatory environment should look like.

Mr. Lessig proposed a theory of internet regulation in which individuals are governed by laws and market forces, yes, but also by social norms and, more crucially, system architecture – hence his expression “code is law.”

Computer code is written by humans and can be constantly reshaped and remade. Effectively regulating the internet will require not incrementalism – this law or policy to solve that specific problem – but a long-term vision based on the fluid architecture of the online world.

We are still at the stage of deciding how to narrow our options, and the alternatives are many. We will lay some of them out in our next editorial. 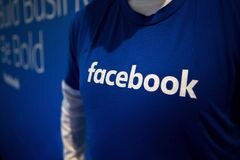