Ontario’s Health Minister had a telling exchange with reporters this past week on the subject of her Progressive Conservative government’s decision – in the midst of Canada’s escalating opioid epidemic – to suspend the opening of harm-reduction sites for drug users.

Repeatedly, Christine Elliott was pressed to explain what evidence or lack thereof compels the province to conduct further study before allowing three temporary overdose-prevention sites greenlit by the previous government to move forward, and before committing funding to more permanent and expansive supervised drug-use sites. And repeatedly, she failed to do so at all convincingly, defaulting to vague invocations of “some people who believe they’re not as effective as perhaps other things could be” in rehabilitating users, which is not the facilities’ primary purpose.

Ms. Elliott’s struggle to rationalize her government’s skepticism was reflective of the reality that, 15 years after Canada first began to experiment with providing addicts safe, medically supervised sites where they can inject drugs, there is no good evidence against doing so. Instead, there is voluminous evidence that such places keep people alive, with staff reversing multiple overdoses daily – along with other benefits that include reducing the spread of disease through needle-sharing and, yes, directing some addicts toward rehab.

A willingness to overlook these facts is not just a quirk of Ontario’s new government under Premier Doug Ford. Conservative politicians in this country have long displayed an ideological aversion to harm reduction, seemingly rooted in a misguided belief that it legitimizes drug use, as though the possibility of being able to shoot up in a safe space alongside other users will encourage non-addicts to pick up a needle for the first time. Manitoba’s Conservative Party government has rejected calls to open supervised drug-use sites, as has the governing Saskatchewan Party. And Stephen Harper’s federal government displayed an even more stubborn form of opposition by blocking other levels of government from opening them.

Ontario’s Tories at least seem willing, despite Mr. Ford saying while campaigning for his job that he is “dead set” against supervised drug-use, to maintain some sites already opened before they took office, and they haven’t shut the door on new ones.

But even if the PCs are slowly working their way past a War on Drugs mentality several decades out of date, that’s not nearly good enough in 2018 – not when a failure to respond swiftly to this country’s worst public health crisis in generations stands to cost lives on almost a daily basis.

According to federal data, nearly 4,000 Canadians died from opioid overdoes in 2017 alone – more than 1,100 of them in Ontario, an increase of more than 50 per cent from the previous year’s total. It is likely the numbers in 2018 will be even worse, particularly given the growing prevalence of the synthetic drug fentanyl, which accounted for more than 70 per cent of last year’s overdose deaths nationally.

During a 12-day span this month, according to Toronto police, seven people died of overdoses involving fentanyl or the related and even more dangerous carfentanil. All of them were on the west side of the city’s downtown, an area supposed to be helped by one of the overdose-prevention sites put on hold.

Harm reduction is not a panacea, and it is certainly not the only opioid-related investment governments should be ramping up. Somehow reducing the flow of the most deadly forms of opioids into the country has to be a priority. So does investing in addiction treatment, which should be a big component of Mr. Ford’s promised funding increase for mental-health services.

But we are long past the point at which we should be pretending there is an ability to quickly eradicate widespread addiction, and where there should be any debate about the importance of keeping people alive while they are in the throes of it. That means providing a service they will be willing and able to use – which, as addiction experts attest, is typically not somewhere that tries to force rehabilitation on them before they are ready for it.

Among all age groups, it was Canadians between the ages of 20 and 29 who suffered the most overdose deaths last year. Who knows how many of them might have eventually found their way into recovery, if they had lived long enough. 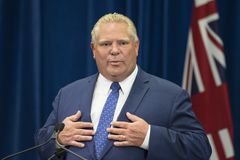 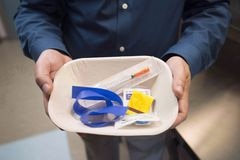 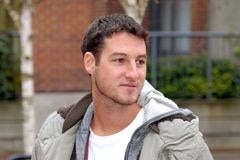