Political cartoonists once had a ready stand-in for the English Everyman. His name was John Bull. He was a stout, bluff, plainly dressed sort who favoured roast beef and the Union Jack. He didn’t like the French.

You don’t see him in the papers anymore, but there is a renewed need in the Brexit era for such an embodiment of British public opinion. Because the vox Britannia has been saying some pretty confused things about leaving the European Union of late.

So far, British politicians have taken much of the blame for the Brexit omnishambles: former U.K. Independence Party leader Nigel Farage for stirring up anti-Europe sentiment; former prime minister David Cameron for calling the fateful referendum; Tory demagogue Boris Johnson for his recklessly hard line during negotiations; current PM Theresa May for failing to deliver a plausible exit deal.

There’s some justice to this. As Ms. May announced on Monday the deferral of a parliamentary vote on Brexit, a vote that she was bound to lose, the puerile scene in the British House of Commons – complete with glib laughter and crude sexual innuendo – seemed to confirm the unfitness of British leadership during this ordeal.

But at times like these, when a country seems to be at odds with itself, it is worth remembering who does the leading in a democracy. It’s worth looking hard at the guidance voters have been giving their flailing representatives. Britain’s voters have a lot to answer for.

The speech bubble that would emanate from the mouth of a Brexit-vintage John Bull might run like so: “Fewer EU regulations and migratory Polish builders, but without sacrificing trade or wealth or a borderless Ireland.” Clever cartoonists would depict him trying to have his roast beef and eat it, too.

That’s the popular British position on leaving the EU, in nutshell: an impossible, incoherent muddle. Even calling it a position feels generous, since taking one position implies forgoing another. The British don’t want to forgo anything. They attack anyone who proposes sacrifice.

Consider the recent fate of Mark Carney, the Canadian-born Governor of the Bank of England, who forecast a worst-case Brexit scenario in which the economy shrinks by eight per cent within a year, among other calamities. Hardline Brexit Conservatives trashed the report, and him: One right-wing legislator called Mr. Carney a “second-tier Canadian politician.” Well, that’s one way to deal with inconvenient facts.

Or consider the most proximate cause of the delayed Brexit vote this week: the so-called Irish backstop. That’s the part of Ms. May’s deal with the EU that says the U.K. will stay in the European customs union, with its many regulations, until both sides can be sure there will no hard border between the Republic of Ireland and Northern Ireland, possibly through some kind of high-tech tracking of shipments.

The thought of endangering the divided island’s fragile peace and flowering trade is anathema to most Britons – but not so much that they are willing to accept the obvious solution if it requires taking orders from Brussels, even temporarily. So they punt.

It’s not just the British: Marianne has lately joined John Bull in being both pro-cake and pro-eating. The “yellow vest” protesters who have enthralled France for weeks released a series of demands last week that were even more incoherent than those of the blue-sky Brexiteers, calling for a massive cut in the national tax burden along with a big upgrade in public services. Polls suggest that some three-quarters of the French support these people.

No wonder France is on its way to burning through a third straight failed presidency. They hated the right-wing jet-setter Nicolas Sarkozy, they derided the socialist schlub François Hollande, and now they’re starting to find the slick centrist Emmanuel Macron insupportable in his own right. Each has had a starkly different agenda and personal style, but each has made the cardinal sin of modern politics: They asked something of the electorate.

This is what happens when voters refuse trade-offs: Every leader looks like a disappointment.

Both sides of the English Channel now face a kind of gridlock, with no consensus about how to balance competing values such as sovereignty and free trade, or big government and economic freedom. It’s unpopular to say so in our democratic age, but sometimes when a country becomes ungovernable, it’s not the government that is to blame. 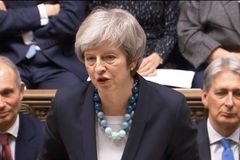 Explainer
May’s Brexit deal is defeated. What happens now? A guide to the political crisis so far
January 17, 2019 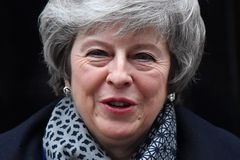 Britons stockpiling resources amid fears of a hard Brexit from European Union
December 8, 2018 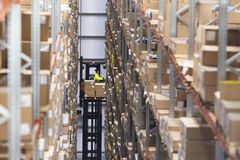