The United Nations, one of Sweden’s Nobel committees and Canada’s conservative premiers have conspired to put carbon taxes back on the front burner of Canadian politics.

In doing so, they have also confirmed the basic wisdom of the federal government’s carbon plan – and suggested ways it could be improved.

The gesture has little effect on the price Manitobans can expect to pay for carbon emissions in the next four years, assuming a federal Liberal re-election next year. Manitoba’s levy was set at a flat $25 a tonne; under the Liberal plan, any province with an insufficiently strong price on carbon by next year will trigger a federal backstop tax set at $20 a tonne in 2019 and rising to $50 by 2022.

The political effect of Mr. Pallister’s move is bigger. Manitoba is the fourth province, along with Ontario, Saskatchewan and Prince Edward Island, to refuse Ottawa’s entreaties to create its own carbon pricing plan. Alberta and New Brunswick seem poised to make that number six.

That could put Justin Trudeau’s government in the tough position of having to impose the carbon tax on more than half the country. Part of the calculus behind giving provinces the option of crafting their own plan was that it would spread the political pain around. Mr. Trudeau now owns the tax.

Of course, if this all seems like a parochial way of thinking about the fight against global warming, the United Nations came along on Sunday with an antidote.

The bracing report from the UN’s Intergovernmental Panel on Climate Change urged policy-makers to keep global temperatures from rising by 1.5 degrees over preindustrial levels, and painted a dark picture of what will likely happen to the planet if we fail: large-scale human displacement and death, the loss of ecosystems and punishing economic conditions in the developing world.

That cap will be hard to meet, but the climate scientists also made it clear that, if we exceed 1.5 degrees, it will still be worth achieving whatever emissions cuts we can, because every bit of warming hurts.

That brings us to Monday’s Nobel Prizes in economics. One of them went to William Nordhaus, whose work has focused on carbon taxes.

His basic point is that the emission of greenhouse gases into the atmosphere exacts a toll on everyone by heating the planet, but that toll does not figure into the price of carbon fuels. It’s up to governments, then, to incorporate the social cost of burning these fuels into their real-world cost through a tax.

Mr. Nordhaus is not some lefty. His work shows that a carbon tax is the most efficient way to lower emissions, because it depends on market forces rather than on direct regulation.

So, total vindication for the Trudeau government? Not quite. Their carbon tax plan still faces hurdles to being workable and effective. Luckily, these can be overcome.

The first hurdle is legal. Saskatchewan and Ontario are challenging the federal government’s authority to tax carbon. This is the easiest to vault over. Most constitutional experts agree the feds have wide latitude to make laws protecting the environment.

The second problem for the Liberals is political. Their plan doesn’t poll particularly well, and conservative leaders across the country are rallying against it. Mr. Trudeau should counter their argument that carbon pricing is a tax grab by sending rebates from any federal revenue directly to residents, instead of pouring it into provincial treasuries.

The last problem is effectiveness. A carbon tax of $50 a tonne in 2022, even coupled with Ottawa’s other green initiatives, is too low for Canada to meet its Paris Agreement targets. Some environmentalists are therefore demanding the Liberals hike the tax immediately.

That would be too politically risky. The current plan is a good start, and it’s what the government has promised. But if the Liberals are re-elected in 2019, they’ll have to consider increasing the carbon tax beyond 2022.

Conservative politicians will moan. But the UN and the Royal Swedish Academy of Sciences have shown us that fighting climate is the world’s most important collective endeavour, and that carbon taxes are the best way to join that fight. Canada must do its bit. 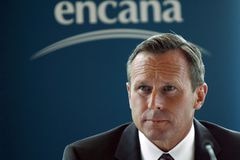 Opinion
Those who oppose the carbon tax should reveal their plans to save the planet
October 10, 2018 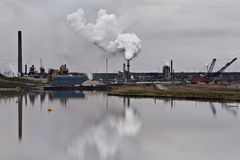 Economic losses from natural disasters surged over last 20 years
October 10, 2018
Follow us on Twitter @globedebate Opens in a new window
Report an error Editorial code of conduct
Due to technical reasons, we have temporarily removed commenting from our articles. We hope to have this fixed soon. Thank you for your patience. If you are looking to give feedback on our new site, please send it along to feedback@globeandmail.com. If you want to write a letter to the editor, please forward to letters@globeandmail.com.
Comments