After two years of largely avoiding the issue, Ottawa says it is finally working with the U.S. government to close the loophole in an immigration treaty between the two countries that is at the heart of Canada’s long-running surge in irregular border crossings.

That’s good news, but also troubling. It’s a mystery why the Trudeau government has been reluctant to try to fix the Safe Third Country Agreement. The STCA has such an obvious and enormous flaw – one that effectively negates its entire purpose – that it is fair to ask why the Liberals are finally targeting it now.

Under the STCA, anyone making a refugee claim in the United States or Canada can only do so in the first of the two countries they arrive in. The agreement is based on the assumption that Canada and the United States are both “safe” countries that refugees have no grounds to flee, and that they will get a fair hearing in both places.

But the agreement only applies to refugees arriving from the United States who try to make a claim at a designated Canadian port-of-entry. It’s this loophole that has prompted tens of thousands of people to walk into Canada ever since the election of U.S. President Donald Trump in 2016.

In 2017, the RCMP intercepted more than 20,000 irregular crossers at an unauthorized entry point near Saint-Bernard-de-Lacolle, Que. Virtually all of them were allowed to make refugee claims, because Canada is obliged to give them that chance under both international treaties and a 1985 Supreme Court ruling.

In 2018, the number was 19,419, according to Bill Blair, the Minister of Border Security. Another 1,696 were intercepted by the RCMP between Jan. 1 and March 1 of this year, Mr. Blair said Sunday when he announced that he is in active talks with U.S. officials to close the STCA loophole.

Mr. Blair says he would like the STCA amended so that the RCMP can transport irregular border crossers to the nearest legal port of entry, where they could be processed under the terms of the agreement and returned immediately to the United States, if the rules allowed it.

That lives up to the spirit of the STCA. It makes the agreement workable while still protecting refugee claimants who meet the exceptions set out in it, such as unaccompanied minors and those whose family members living in Canada have refugee status, or pending claims, or are legal residents.

But the fact that this is such a logical and obvious solution raises the question of why the Trudeau government is only pursuing it now, and is also making sure Canadians know about it.

In January of 2018, Immigration Minister Ahmed Hussen went out of his way to avoid saying Canada was seeking changes to the agreement. Instead, Ottawa focused on spending millions of dollars to hire more adjudicators to help speed up the refugee-claim process and try to shrink the massive backlog in the country’s immigration system.

As of last fall, that hadn’t worked. A Globe and Mail investigation in September showed that the wait time for hearings for all refugee claimants – those who had entered the country legally and those who hadn’t – had jumped from 14 months in 2016 to 20 months.

As well, a larger-than-usual number of the claimants were being rejected, suggesting that a significant proportion of them were economic migrants trying their luck in the refugee system.

The issue of irregular border crossers has proven to be a difficult one for the Trudeau government. It has had to deal with an unusual situation not of its making, while respecting the law and also living up to its brand as the party that is open and welcoming to all who want to come to Canada.

But in trying to find an on-brand response, it has never addressed the conundrum at the heart of the matter: that letting people appear to take advantage of our refugee and immigration system could cause Canadians to lose faith in it, especially at a time of heightened polarization around border security.

Until Mr. Blair’s announcement, the Trudeau government had done nothing concrete to discourage people from crossing the border at unauthorized entry points, or to reassure Canadians that this is not the new normal.

Now we’re in an election year, and the Liberals are suddenly prepared to put an end to irregular border crossings. In politics, timing is everything. 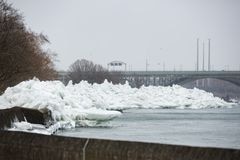 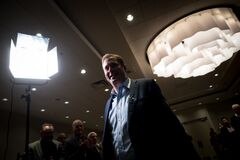 Opinion
The politics of border-crossing bogeymen are unwise – and dangerous
January 10, 2019 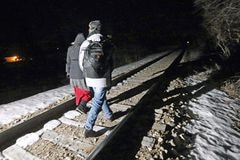