'Anti-vaxxer” is a recent term, but resistance to one of the great health breakthroughs of the modern age is as old as vaccines themselves. A particularly tragic example is part of Canada’s history.

Montreal suffered a smallpox outbreak in 1885 that killed more than 3,000 people – nearly 90 years after a smallpox vaccine had been developed. Skepticism of vaccines played a role in helping the disease spread, along with unsanitary, crowded conditions in the city’s poorest neighbourhoods. Some in the francophone community were distrustful of treatments promoted by British doctors. An anti-vaccination campaign claimed that advocates of vaccines were quacks who wanted to poison children. When the Board of Health proposed making the vaccine mandatory, riots erupted.

Fear, like disease, is a contagion. More than 130 years after the tragedy in Montreal, we are still working to eradicate it.

The World Health Organization has classified vaccine hesitancy among the top global health threats this year. It has played a role in the resurgence of diseases once thought to be an anachronism. There are nine confirmed cases of measles in British Columbia so far this year. An unrelated outbreak in Washington State involves at least 62 cases. In the Philippines, more than 130 people have died of the disease, most of them children.

Not all of these cases can be pinned on vaccine skeptics. But the reduction in what is known as “herd immunity” – which requires that a certain percentage of people be vaccinated in order to protect the whole population – has created pockets of vulnerability.

In the case of measles, the herd-immunity threshold is 95 per cent, but B.C.’s vaccination rate is lower than that. In 2014, more than 400 cases were reported in B.C.’s Fraser Valley, where vaccination rates are even lower than other parts of the province.

Many people who are fearful of vaccines are genuinely trying to protect their children. The history of the pharmaceutical industry is replete with examples of drugs whose risks were deliberately downplayed or identified too late. False claims about the dangers of vaccines have fit all too tidily into that narrative.

But that ignores the fact that study after study has shown vaccines are safe. That they have eliminated terrible diseases such as polio, smallpox and measles around the world is utterly irrefutable.

Parents are allowed to want the best for their children and to fear the worst. But, in the case of vaccines, they are not making fear-based decisions only on their children’s behalf. Their decisions affect all of us – the entire herd, so to speak. That includes the most vulnerable, such as infants under the age of vaccination and people with weak immune systems and other health conditions. The vulnerable cannot be immunized, and could be victimized by another person’s failure to vaccinate their children.

The fears of a vaccine-hesitant parent are small compared to the terror experienced by the parent of a child with an immune deficiency. Vaccine skeptics will say they have a right not to accept a treatment they don’t believe in, but that right stops where it threatens the well-being of others.

And make no mistake: Measles is a killer. The measles vaccine was introduced in 1963, which means Canadians have a generational memory of measles as a relatively common childhood disease. Many parents of young children may have parents who contracted the disease, with its characteristic spotty rash, and who got better.

But in fact, measles is highly contagious and deadly. Before 1963, it killed 2.6-million people a year.

And this is just one illness. Measles is in the news now, but vaccine skeptics put the human herd at risk of other highly infectious diseases. The resurgence of the mumps, polio or rubella would be disastrous.

The head of the Public Health Agency of Canada has said she will work to fight the spread of misinformation about vaccines, including launching a social media campaign to counter false claims about their dangers.

This is an important effort, but the best science-based information may be no match for emotional anecdotes about non-existent dangers to children. Making vaccines mandatory for all but those with health exceptions, and finding mechanisms to enforce the rule, may now be necessary.

Note to readers: This editorial has been modified to reflect the fact that vulnerable people, such as children under the age of vaccination and people with weak immune systems and other health condition, cannot be immunized. 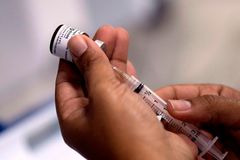 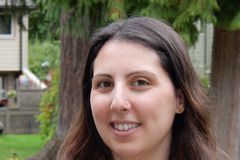