At a major international conference this week in London, global leaders will meet to highlight the grave dangers facing our most endangered wildlife.

The purpose is part educational, part pressure tactics as politicians and environmentalists meet on common ground to decide what can be done to reduce, if not outright eliminate, the illegal wildlife trade. The case in support of such reduction could hardly be more compelling.

Much of the modern environmental debate has understandably focused on human behaviour as it relates to carbon emissions. The term “carbon footprint” entered the everyday lexicon as campaigners focused on how individuals can take personal action. In some ways, the modern debate began with the acid-rain treaties of the 1980s, of which Canada under Brian Mulroney was a global leader.

Today, it is widely accepted that individuals have to do their bit to fight what is a global problem. Motivating the public to change behaviour is, of course, easier when there is an obvious correlation between one’s behaviour and the environmental impact.

In the past months, the rapid increase in awareness surrounding the dangers of plastics in our oceans has seen remarkable consumer-based behavioural changes. Restaurants and bars switching plastic straws for the recyclable cardboard ones of our childhoods is a fine example of education meets action. The cardboard alternative dished out at restaurants is just fine, the reusable metal one even better.

Yet despite feeling good about doing our bit to help innocent wildlife killed by our thoughtless actions, we seem to face a tougher time framing a debate that is no less important but is exotically remote.

Consider the fate of the pangolin, a solitary mammal found in Asia and Africa whose meat is considered a delicacy, and whose exotic keratin scales are believed to have medicinal properties. The biggest threat it faces is from poachers; some research suggests the pangolin is the most illegally trafficked of all mammals. Its beauty and characteristics are the very things it should be celebrated for, but instead they have made it a target.

Until the pangolin is no more. Its very existence now rests in our hands. Will we bring pressure on countries who exploit this critically endangered species?

It was not so many years ago that the humble capuchin monkey was considered an all-too-common sight on city streets, complete with the “master” – an organ grinder turning the tunes into something sinister. It defied logic to think a monkey brought from South or Central America could enjoy anything but the natural habitat of an urban jungle. Over time, the demand for such absurdities collapsed. Humanity realized such selfish behaviour was utterly unnecessary.

Supply and demand are thus both vital aspects to any strategy applied to the debate about protecting endangered wildlife. The movie Sharkwater Extinction, by the late Canadian documentarian Rob Stewart, is a moving portrayal of the slaughter of sharks that are caught and released to die after their fins are hacked off in order to make shark-fin soup, an Asian delicacy.

Sharkfinning is now illegal in Canadian waters, but shark fins are still being imported because of the high demand for the soup that is created with the raw ingredient. Scientists at the University of British Columbia recently argued that poor global regulation around the importation of these fins leaves already endangered sharks now facing extinction.

Organ-grinder monkeys, straws in our oceans, carbon footprints – we know consumer behaviour can be changed through education.

What has been a more difficult debate to bring to the fore has been the fate of the animal kingdom at the hands of urban development and human short-sightedness.

The conference taking place in England this week is perhaps a last best chance to highlight the consequences of human greed, and how profit for the poacher is causing profound and permanent changes to the species who inhabit the Earth with us.

Canada should push harder to create a relevant narrative that voters – consumers – can get behind. We should also lead the world by putting pressure on countries that fail to recognize that so-called delicacies are nothing but an anachronism that should be withdrawn from sale. To do less would be to prove our own evolution has been stunted. 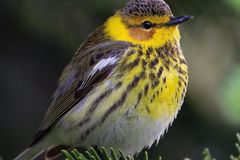 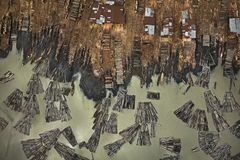 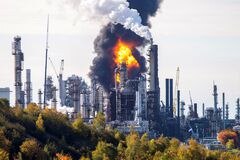