Is this an early April Fool’s joke?

Ontario’s Doug Ford government has made no secret of its intention to take over Toronto’s subway system, while at the same time completely rewriting the city’s painstakingly negotiated transit-expansion plans.

On Wednesday, we learned more about what Queen’s Park has in mind. It’s not good news.

The City of Toronto made public two letters from Michael Lindsay, “Special Advisor to Cabinet – Transit Upload," and the government’s point man on the file. They reveal a provincial blueprint that will result in less new transit, built more slowly and more expensively.

What’s more, they suggest a provincial scheme so ill-considered it could have been developed between courses of a boozy lunch, and so thin it could fit on the back of a cocktail napkin.

What does the province want? Basically, to rip up years of Toronto Transit Commission planning and restart at zero. Under the previous Liberal government, as under every provincial government, transit planning was politicized. The Ford administration, in the name of smaller government, is proposing to take centralized political meddling to new heights – or rather new lows. This is transit politicization on steroids.

The planned Eglinton West LRT? Although its route runs through a low-density neighbourhood, the province wants the line buried. That will delay construction by years and substantially increase costs.

The so-called Relief Line, a new subway route designed to take pressure off the seriously overcrowded Yonge subway? It’s the most essential piece of infrastructure for unblocking Toronto gridlock, and planning is well under way. What it lacks is funding. The province, however, seems to be most interested in scrapping Toronto’s plan.

The Ford government appears to be proposing a new transit route to be powered entirely by weasel words.

The extension of the already overcrowded Yonge subway into the 905 region north of Toronto? It makes no sense to build this unless and until the Relief Line is finished. (And the Relief Line can’t be finished until it is, you know, started.) But because the area is vote-rich and Progressive Conservative-leaning, the government wants the Yonge extension “fast-tracked to the greatest extent possible.”

Future subways for Toronto will cost more than expected, letters from the province indicate

Underlying all of this is the province’s goal of “uploading” the subway. It remains uncertain precisely what this means, but it’s pretty clear that what the Ford government has in mind is not the gift of more money to the TTC, or more autonomy.

Instead, the province says it wants “a leadership role in the planning, design and delivery” of new transit projects. In other words, the province wants to upload transit decision-making to the politicians at Queen’s Park. It seems reasonable to believe that, to solve its own budget problems, it will simultaneously seek to download a certain amount of financial burden onto the taxpayers of the city. For Torontonians, that would be a terrible trade.

But before that happens, years of TTC planning, and millions of dollars of work, are about to be thrown out the window. The clock is about to be stopped, and then wound back.

Toronto’s existing transit plans aren’t perfect. The product of years of city and provincial politics, they’re a mix of good and flawed. But they’re set to be replaced with provincial plans running from bad to worse.

Once again, the Ford government is taking its inspiration from the Liberal regime it replaced, but pushing things much further. The Liberals often put a heavy finger on the levers of transit planning – one former minister of transportation pushed for a GO train station in his riding. The Ford government appears determined to grab those levers outright.

Future subways for Toronto will cost more than expected, letters from the province indicate
March 27, 2019 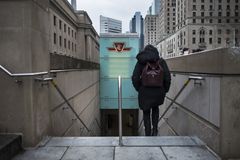 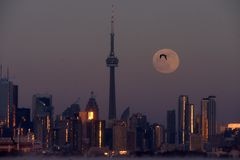 Ontario says kids under 12 will soon be able to ride GO transit for free
February 28, 2019 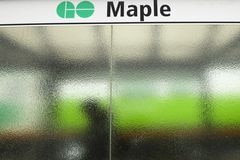