This spring, if you were shopping for a new wireless plan with a fat data package of 10 gigabytes, the average cost in cities such as Vancouver, Calgary and Toronto was $110 a month, on either Bell, Telus or Rogers.

In Montreal, however, the same plan from Canada’s Big Three wireless brands cost $75 and includes 12 GB of data. In Regina, Bell was offering the 10 GB plan for $60 – almost half the price compared with Toronto and elsewhere.

The difference is competition, or the absence of it. In Quebec, Videotron serves as a solid fourth competitor. SaskTel, provincially owned, does the same in Saskatchewan. In most other places, the Big Three dominate.

The striking gap – and the puzzle of wireless competition – is laid bare in a new report from the Competition Bureau, building on work it released earlier this year. The research and recommendations are part of a Canadian Radio-television and Telecommunications Commission process to review the wireless market. The CRTC is assessing whether “further action is required to improve choice and affordability for Canadians.” Public hearings are set for February.

The Competition Bureau’s work illuminates the problems. The Big Three have the highest average operating profit margin, compared with players in other Group of Seven countries and Australia, according to the bureau. Canadians pay the highest average price for service. And Canada’s Big Three invest a smaller percentage of their revenue into their networks compared with international names such as Vodafone, Telstra and T-Mobile.

To solve this, the Competition Bureau wisely suggests … more competition.

During the recent federal election campaign, the Liberals promised to lower smartphone rates by 25 per cent. They were vague on how this could be done. They said the first step would be to “work with telecom companies” to ease prices. The Liberals said if that didn’t work – spoiler alert: It won’t work – the government would further open the wireless market to what are called “mobile virtual network operators.” Such companies are resellers that need to access the Big Three’s networks to carry their services.

The CRTC has been worried about a lack of competition, and its preliminary position is that the Big Three should be forced to sell access to virtual operators. It will be a key focus of the February hearings.

The Competition Bureau – which advocates for “minimal regulation” – is offering a slightly different solution for upping competition. The Big Three exercise market power to the detriment of many Canadians, its work concludes. It also found that prices can be about 35 per cent lower if a fourth competitor has a market share of as little as 5.5 per cent. The bureau wants the CRTC to nurture “wireless disruptors” – companies such as Videotron, SaskTel and Shaw’s Freedom Mobile, which have their own infrastructure.

The bureau worries that forcing established players to grant access to virtual operators would actually hurt wireless upstarts such as Videotron. Instead, it proposes the CRTC let companies such as Videotron become virtual operators in places where they’re not operating. This would be a transitional measure, the bureau says, to help them establish a foothold as they expand the construction of their own networks.

The idea is good, but it depends on the reactions from Videotron, SaskTel and Shaw. They may not choose to expand.

That’s why the CRTC should still pursue its preferred course, namely forcing the Big Three networks to carry virtual operators.

The Competition Bureau is skeptical of virtual operators with no networks of their own, fearing they may bring lower prices in the short term but discourage long-term investment. There’s a risk established companies will pare back network spending, something Canada clearly doesn’t want just as 5G is set to arrive. That’s the go-to argument from the Big Three. But the bureau has found international examples where mandated access for virtual operators has not discouraged continuing investment from legacy telecoms.

The CRTC has long favoured companies that have their own networks; the Competition Bureau has an idea that could stoke the expansion of small networks, while the CRTC itself has an idea for forcing the opening of big networks to small competitors. The bottom line is Canada needs a more competitive wireless landscape, and there’s more than one way to foster the growth of such an ecosystem.

Opinion
Phone-bill populism is coming to Canada. Will politicians pick up?
December 28, 2018 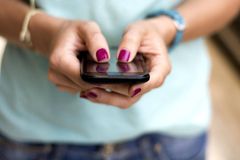